“I would argue that Africa is almost on a potential cusp of a sort of 19th century-style industrial revolution. If only we realised it.” 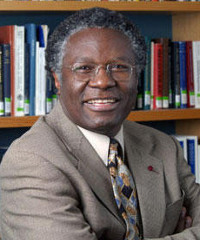 In an interview with How we made it in Africa, Dr Martyn Davies, CEO of Frontier Advisory, said factors such as rising cost pressures in China are shifting manufacturing out of Chinese provinces and into lower cost centres. This, he added, presents a “great opportunity for African economies to absorb this bottom end, low cost manufacturing capacity”.

However, to realise this opportunity, African countries need to create an enabling environment for the manufacturing sector to flourish. Davies said poor infrastructure and simplistic value supply chains are key challenges. The World Bank estimates that the continent will need to invest nearly US$93bn a year in the next decade to meet its infrastructure needs.

“And we have very poor rudimentary policies and practices by many African governments who don’t see this opportunity of creating viable – what are very nascent currently, but increasingly viable – low end manufacturing sectors (but high employment generating sectors most importantly) in their own economies,” said Davies.

Adding value in Africa: it’s not all about resources

Many African leaders and governments have argued that Africa needs to add value to its natural resources in order to industrialise. However, Calestous Juma, professor of the Practice of International Development and faculty chair of Innovation for Economic Development Programme at Harvard Kennedy School in the US, disagrees.

Countries like Japan, Singapore, Germany and South Korea are all resource poor, yet very advanced economies. For example, Japan has one of the world’s leading steel manufacturing sectors, yet no iron ore.

“Africa needs to upgrade the value of all its economic activities and this will take massive investment in engineering, education, dramatic expansion of entrepreneurial activities, and significant enhancement of its infrastructure networks to foster regional and international trade,” explained Juma. “In the process some countries will be able to add value to natural resources but this should not be the starting point as a continental strategy.”

Davies agrees, adding that African leaders should focus less on adding value to the continent’s resources, and more on developing the correct talent towards value creation across all economic sectors.

“It’s not about the resources; it’s about the talent of the people… Policy makers often say we need to beneficiate our resources. I hear it from DMR [Department of Mineral Resources in South Africa] all the time. I hear it from many government figures. It’s actually, I would argue, the wrong sort of point to be making. It’s not about that… The US is not a world leading economy because it has the gold,” emphasised Davies.

“I think the most important resource any country/society has is its people.”

He added that African countries, such as Mozambique, Ghana and Nigeria, need to start to move beyond their obsession with resources and start to look at how they can add value in their economy beyond resources.

“African states should learn to compete in industrialisation. So to assume that the continent is going to become the next China I’m afraid is naive and incorrect. What we will see is small cases emerging of countries that start to create this clustering affect. I’m seeing it in Ethiopia now for example. I’m seeing it a little bit in Kenya despite all the challenges that country has… It’s never going to be a continental story… We may have some South Koreas, we may have some North Koreas. It’s too soon to tell. But nevertheless it has got to be some specific cases that encourage a sense of competition in our own region. That’s the Asia story. The Asia story is about countries, economies, sectors and companies competing intensively all the time. We don’t have that level of competition at all in Africa.”

“I would argue that economics or development is a bit like scrabble. The more letters you have, the more words you have, the more competitive you are. The challenge for African countries and economies is they have very few letters and very few words, where the letters are the companies and the words are the sectors,” illustrated Davies.