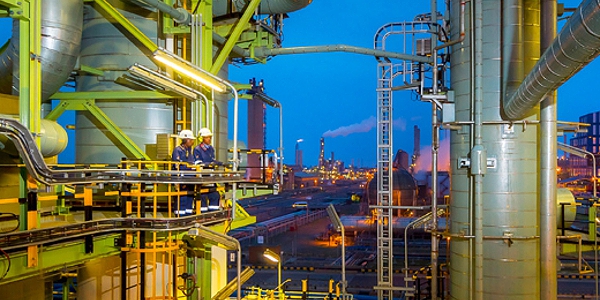 At no point in recent history have calls for Africa to industrialise been stronger than they have been lately. Across the continent, industrialisation is arguably the most talked about subject among policymakers. So why has action on the ground failed to move the needle on this important development marker?

Industrialisation has been a campaign promise across the African continent, with its acknowledged ability to bring prosperity, new jobs and better incomes for all. Yet the continent is less industrialised today than it was four decades ago. In fact, the contribution of Africa’s manufacturing sector to the continent’s gross domestic product actually declined from 12% in 1980 to 11% in 2013, where it has remained stagnant over the past few years, according to the UN Economic Commission for Africa (ECA).

The Economist Intelligence Unit, a British business research group, reckons that Africa accounted for more than 3% of global manufacturing output in the 1970s, but this percentage has since halved. It warns that Africa’s manufacturing industry is likely to remain small throughout the remainder of this decade.

High commodity prices triggered by China’s seemingly insatiable appetite for natural resources have fueled rapid economic growth in Africa since the 1990s. Many thought the boom would revive Africa’s waning manufacturing industry. Yet to the dismay of analysts, it failed to live up to expectations. Instead of using the windfall to set up or stimulate manufacturing industries, African countries – with a few exceptions – wasted the money on non-productive expenditures. Ghana and Zambia, for instance, used profits from the commodity bonanza to solve short-term domestic problems, such as by increasing salaries for civil servants.

Now falling commodity prices and a cooling Chinese economy have conspired to expose the myth of the “Africa Rising” story line. The International Monetary Fund estimates that growth in 2016 will fall below 4%, which The Economist, a UK-based publication, warns will lead “many to fret that a harmful old pattern of commodity-driven boom and bust in Africa is about to repeat itself”.

Had African leaders heeded advice from experts and pumped profits from the commodity boom into stimulating manufacturing companies, the results could have been different. So what are the options for Africa over the next few years? This was the question policymakers and economic experts wrestled with in Addis Ababa, Ethiopia, early this year at the launch of the Economic Report on Africa 2016: Greening Africa’s Industrialisation, published by the ECA. Their conclusion was unanimous: the only viable option is to industrialise.

During the discussions that ensued, experts agreed that one of the main reasons for Africa’s slow industrialisation is that its leaders have failed to pursue bold economic policies out of fear of antagonising donors. As it were, the strongest criticism of this policy vacuum came not from the debate in Addis Ababa, but from the op-ed pages of The Financial Times, a British daily.

“Africa stands on the cusp of a lost opportunity because its leaders – and those who assess its progress in London, Paris and Washington – are wrongly fixated on the rise and fall of GDP and foreign investment flows, mostly into resource extraction industries and modern shopping malls,” said Kingsley Moghalu, a former deputy governor of the Central Bank of Nigeria. In a forcefully argued op-ed, he implored African countries to “reject the misleading notion that they can join the West by becoming post-industrial societies without having first been industrial ones”.

Ha-Joon Chang, an economist at the University of Cambridge and the co-author of a recently released ECA publication, Transformative Industrial Policy for Africa, shares this opinion. He calls for “policy imagination” – creativity in crafting policies – and urges African policymakers to avoid being bound to any single theoretical policy. “African countries need to have the self-confidence to develop alternative policies and stick to them,” he told the Addis Ababa gathering.

Firm hands on the wheel

Asia’s development of its industries is instructive: state-led development policies were responsible for lifting the region’s economies out of poverty during the late 20th century – a point Moghalu clearly recognises. He insists “governments must lead the way, with a firm hand on the wheel and by setting policy that creates an enabling environment for market-based growth that creates jobs”. This, the former central bank deputy governor is quick to clarify, is “not an argument for a heavy-handed statist approach that would choke productivity and stifle competition”. Alluding to one of the lessons from the 2008 global financial crisis, Moghalu is adamant: “Markets must work for society and not the other way round.” He points to Ethiopia and Rwanda as notable examples of how Africa could industrialise its economies.

Adeyemi Dipeolu, an economic adviser to Nigeria’s Vice President Yemi Osinbajo, shares this view. He told participants at the report launch in Addis Ababa that African policymakers are “hesitant to take alternative policies for fear of dictates and conditionalities of the West.”

Yet The Economist sees things differently. In its analysis of why Africa has failed to industrialise, it observes that while many countries deindustrialise as they grow richer, “many African countries are deindustrialising while they are still poor… partly because technology is reducing the demand for low-skilled workers”. Another reason, says the magazine, is that weak infrastructure – lack of electricity, poor roads and congested ports – drives up the cost of moving raw materials and shipping out finished goods. But the publication acknowledges that Africa’s “favourable demography, rising urbanisation and extensive agricultural resource base underscore the potential of the region’s manufacturing industry”.

The good, the bad and the smart

Many experts have called on Africa to practice “so-called sophisticated or smart protectionism” – that is, to impose temporary tariffs to shield budding industries from the negative effects of cheap imports – as part of its strategy to industrialise. In the book, Bad Samaritans: The Myth of Free Trade and the Secret History of Capitalism, Chang, whom The Financial Times describes as “probably the world’s most effective critic of globalisation”, argues that rich countries have historically relied on protectionist approaches in their quests for economic dominance.

In its review of the book, The Publishers Weekly, a US-based news magazine on book publishing, says rich nations that “preach free market and free trade to the poor countries in order to capture larger shares of the latter’s markets and to pre-empt the emergence of possible competitors are Chang’s bad Samaritans”.

Moghalu is one of many African policymakers who support smart protectionism, making the case that it’s not only necessary but can be pursued using the rules set by the World Trade Organization (WTO), a UN body that makes rules and mediates trade disputes among nations.

The ECA has given the same advice, maintaining that African countries can legitimately pursue smart protectionism as practiced by the West.

“All countries that have industrialised started with degrees of protectionism,” says Carlos Lopes, the ECA executive secretary, adding, “But we cannot practice crude protectionism anymore we are engaged in a global debate that includes trade negotiations.” He explains that “if we have to make the rules work for Africa, that basically means smart protectionism”.

As if to prove the point that rich nations are indeed practising protectionism, the WTO reported in June 2016 that there is a rapid increase in trade restrictive or protectionist measures by the world’s leading economies that make up the G20 group. Between mid-October 2015 and mid-May 2016, the report says, G20 economies had slapped 145 new trade-restrictive measures at an average rate of 21 new measures per month, “a significant increase compared to the previous reporting period at 17 per month”.

Ethiopia, Rwanda and to a lesser extent Tanzania have proved adept at navigating the bumpy path to industrialisation. The common thread among them is that they have embraced policies that target and favour their own manufacturing industries. In addition to pursuing what experts call a “developmental state model”, under which governments control, manage and regulate economies, they have adopted investor-friendly policies. And most importantly, they have shown a commitment to and ownership of these policies. State control over economic policies appears to have contributed to less corruption in Ethiopia and Rwanda.

Since 2006, Ethiopia’s manufacturing sector has expanded by an annual average of more than 10%, albeit starting from a very low base, partly because it has courted foreign investors, notes The Economist. “We approached Holland’s horticultural firms, China’s textile and leather firms and Turkey’s garment firms [to invest in Ethiopia]. Now we’re bringing in German and Swiss pharmaceuticals,” says Arkebe Oqubay, author of Made in Africa: Industrial Policy in Ethiopia, who is also a minister and a senior adviser to Prime Minister Hailemariam Desalegn.

Ethiopia is leading by example. It has shown industrialisation can happen in Africa. What the continent needs is political commitment and the audacity to implement the right policies, even in the face of strong external opposition. “For capitalism to work for Africa, just as it has for China and much of East Asia, public policymakers must shake off the shackles of orthodoxy,” says Moghalu.