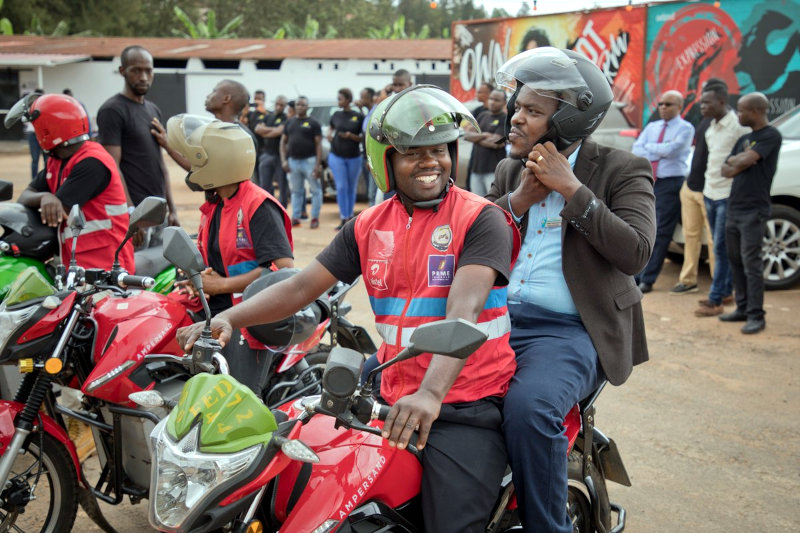 Ampersand Rwanda, an electric motorcycle company, has secured a $3.5 million investment from the Ecosystem Integrity Fund.

A selection of African private equity deal, fundraising and exit announcements that came across our desk in April 2021.

A consortium consisting of Agile Capital and RMB Corvest has completed a management buyout of South Africa’s Adcorp Support Services (ASS), along with the management of ASS. The company has two divisions: funeral management services and employee benefits.

The Raxio Group, a pan-African data centre developer and operator, and Meridiam, a global asset and fund manager have announced a partnership to deploy a network of data centres across the African continent. Under this agreement, Meridiam will invest $48 million to support the continued deployment of data centres in Africa.

AgDevCo made a $3 million follow-on mezzanine debt investment into Uzima Chicken Limited, a poultry company operating in Rwanda and Uganda. AgDevCo’s first investment in Uzima was in 2017.

Ampersand Rwanda, an electric motorcycle company, has secured a $3.5 million investment from the Ecosystem Integrity Fund. The deal is the largest ever e-mobility investment by a venture capital fund in sub-Saharan Africa.

French leader in the distribution of solar home systems in West Africa and Madagascar, Baobab+, has raised €4 million in financing for the expansion of its activities in Côte d’Ivoire and Senegal from the Energy Entrepreneurs Growth Fund, managed by Triple Jump, and the Facility for Energy Inclusion Off-Grid Energy Access Fund, managed by LHGP Asset Management.

Paymob, an Egypt-based digital payments provider, has raised $15 million of new capital from existing investors in a second tranche of its series A fundraising round. It follows a first tranche of $3.5 million, raised in July 2020. The capital raise was led by Global Ventures, the UAE-based venture capital firm. It also included A15, a tech investment fund, and FMO, the Dutch entrepreneurial development bank.

The IFC has proposed an investment of up to $20 million in the Greenpoint Capital Special Situations Credit Fund, which has a target size of $100 million. The fund will be managed by Greenpoint Capital. The Greenpoint Fund will primarily focus on South Africa, with a maximum 20% capital allocation to other southern African countries.

Samurai Incubate has officially closed its second Africa fund after having raised 2.026 billion yen (about $18.7 million). A total of 54 corporate and individual investors participated. The raised amount surpassed the targeted amount of 2 billion yen. Notably, Toyota Tsusho Corporation joined as one of the LPs. The focus countries for the fund are Kenya, South Africa,  Nigeria and Egypt with the maximum amount of investment increased to 80 million yen (about $740,000) per deal. Targeted industries include fintech/insurtech, logistics, healthcare, consumer/e-commerce, energy, agtech, mobility and entertainment.

The IFC has proposed an equity investment of up to $10 million in the Knife Capital (International) Fund III, not to exceed 20% of the fund’s total capital commitments. The fund is targeted to be a $50 million venture capital fund focused on investments in South Africa.

Adenia, a private markets investment firm in Africa, finalised the sale of its 100% equity stake in Ademat to SPE Capital, a private equity firm focused on Africa and the Middle East. Founded in Abidjan in 1983, Ademat is a provider of power security solutions in Côte d’Ivoire. Adenia acquired Ademat in September 2016 through its Adenia Capital (III) fund.

Revego Africa Energy Limited has announced its first major acquisition, in the form of a 12% stake in the 50 MW Bokpoort Concentrated Solar Power (CSP) asset in the Northern Cape for R204 million (about $14 million). Bokpoort CSP is one of South Africa’s premier CSP projects and fulfils Revego’s mandate of investing in operational, dividend-earning renewable assets. Revego is buying the stake from Metier, a South African private equity firm which manages the Lereko Metier Sustainable Capital fund.