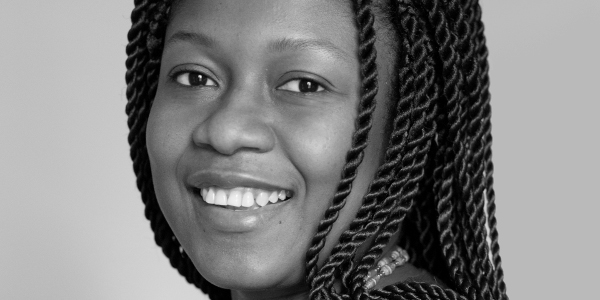 As entrepreneurship is crucial for any thriving economy, the growing number of entrepreneurs in Africa has captivated the interest of the world.

According to the African Development Bank (AfDB), 22% of the employable population are now starting their own businesses. This statistic is so significant because it is the highest of anywhere in the world.

The entrepreneurial spirit does not increase on its own though. For example, capital market depth, economic complexity, governance, and education levels – these are highlighted as being among the 14 pillars for success on the Global Entrepreneurship Index.

The excitement about the increase of the African entrepreneurial spirit is a positive thing, but needs to be built on support and stable foundations.

With the serious shortage of jobs on the continent, it is necessary that African entrepreneurs make a living that way.
It has been suggested that around 29 million young Africans will start looking for work every year from 2015 to 2030.

Ten years ago, those 29 million young people would have been looking for work in the government sector. Yet, things have changed over the years. With SMEs (small and medium enterprises) among the largest employers in sub-Saharan Africa. Specifically, SMEs with no more than five years’ experience in their chosen sector and a workforce of 20 or less.

African governments seem to be taking note of the trend. They are looking to take advantage of this idea. They realise that the continent’s socio-economic development can be propelled through entrepreneurship.

A village full of fishermen selling to other villages will be more successful than a single fisherman selling the fish he catches to locals. Many fishermen are capable to help others, yet they are reluctant to do so. Entrepreneurs in Africa tend to be from the latter group of people.

Considering the various restrictive conditions facing African entrepreneurs, it is not especially surprising that this is the case. These constraints include – unstable political ground, unstable and expensive electrical supplies and the lack of access to essential funding.

In other words, important structural and monetary support.

Access is not even completely guaranteed in continental African countries. There is the societal environment in place for the entrepreneurial spirit to really flourish.

The vast majority of new startup-business owners face the same problem. You need to have the money to afford a team that can make you money. Yet, you can’t make money without the best team in place initially. It can be an overwhelming and disheartening, vicious circle.

African entrepreneurs with successful businesses on the continent tend to be those who have either received considerable financial support from international backers, built-up generational assets over a long period of time or received significant backing from their own country’s government.

The problem is, not every entrepreneur in Africa has access to these financial benefits. This is what puts them at a competitive disadvantage.

This is why all governments in African countries should be increasing the development of policies. Giving entrepreneurs the chance to establish their businesses. Increase their access to the necessary funds. Offer cluster support and improve and enhance their skill-set.

African universities, for the most part, put a greater emphasis on the teaching and learning in Africa. Most universities constantly emphasise on theory and memorisation of rote learning. Although this is useful to an extent. It does not give individuals the practical skills that would help them as entrepreneurs starting up new businesses.

It has been noted that in recent years many foreign businesses have been looking to the untapped and underutilised African markets. According to the World Bank’s Doing Business report of 2017, there is a lack of support though for many entrepreneurs. Most African economies cannot keep up with the pace of international businesses.

There are common barriers for entrepreneurs and startups in Africa. These include expensive, but poorly performing internet services. Complicated and slow-moving registration processes and regular electricity supply interferences.

Say hello to the social entrepreneurs

Businesses that work to improve the environment, improve people’s choices in life, Improve local communities and tackle social problems. These are known as social enterprises. They operate in a similar way to other businesses – to earn money and raise profits.

However, they look at the bigger picture and re-invest the money they make, back into their business as well as re-investing in the local communities to do more for the good of everyone.

Patrick Awuah is a great example. A social entrepreneur who took inspiration from the poor standards of the education system. He established the Ashesi University. The university is a privately owned, liberal arts institution that features leadership as its main offering. Surprisingly, Awuah set up the project with a very paltry US$50.

The fact is, that the increase of the African entrepreneurial spirit should be seen more than just a way of increasing profit margins.

Mistold narratives common to the continent can be adjusted significantly by entrepreneurship. Many of the entrepreneurs operating in countries across Africa spend the majority of their time on designing and building the best service or product possible. They completely miss the chance to sell their own success story. It is my belief that both go hand in hand and you can’t really have one without the other, for true success.

Adisa Amanor-Wilks is the founder and CEO of Abjel Communications.