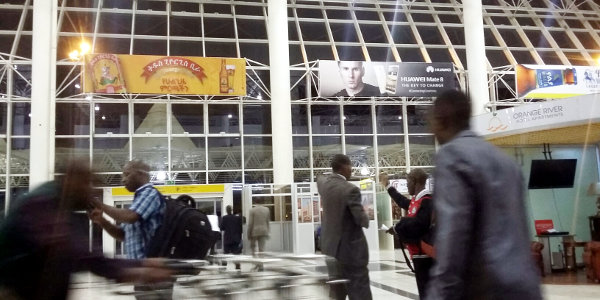 How we made it in Africa talks to Morgan Uloko, head of DHL Express Ethiopia, about new developments in the capital Addis Ababa, and what he has learnt about doing business in the country.

Addis Ababa is experiencing a significant boom in construction activity. How is the city changing?

The rapid development of infrastructure remains the focus of the government. Addis Ababa is the commercial nerve centre of the country and has attracted a fair share of accelerated development in infrastructure. The development code for commercial properties in most of the city’s high streets obliges developers to go up several floors. It is therefore a common sight to find high-rise buildings dotted all around the city, thus helping to beautify the skyline.

The Bole International Airport is undergoing expansion with the construction of new passenger terminals and new ramp space to accommodate bigger and additional aircraft. The strategy is to make Addis Ababa one of the aviation hubs of Africa. Ethiopian Airlines – which today claims to be Africa’s most successful airline for the size of its fleet, destinations covered and profitability – is investing in a four-star hotel right across the road from the airport to cater for the accommodation needs of transit passengers.

New motorways and bridges are being built, and dilapidated ones being refurbished. The Addis Ababa light-rail network was commissioned in the last quarter of 2015 and has significantly reduced intra-city transportation challenges. The train’s tracks truncate major highways in the city, forcing the building of more flyovers to take intersecting motorways above the tracks, which improves traffic congestion.

How is the current drought impacting the economy and general business environment?

The government targets a GDP growth of around 11% in this Ethiopian fiscal year, which ends in July 2016. It is now projected this may fall to between 7-10% as a result of the impact of drought, reported to be the worst in decades. Government is appealing for food aid to feed a reported 10 million people representing roughly 10% of the country’s population. The United Nations has said that US$1.4bn will be required for an adequate response.

The drought is anticipated to have a significant impact on the economy as subsistence agriculture is a major contributor to GDP. Cereals, oilseeds, leather production as well as the textile sector are expected to be affected.

As a foreigner, what is the most interesting aspect of working in Ethiopia?

Dates and international holidays are differently interpreted in Ethiopia. We only just celebrated our Easter on 1 May. New Year is celebrated in September, and Christmas in January. Culturally, you have to learn to read the time for your business meetings six hours backwards to be sure you don’t miss appointments. I missed my very first one when I turned up for a business meeting at 14:00 instead of 08:00.

Ethiopians love coffee, which is today the country’s biggest export crop. It is widely believed the bean is indigenous to the country. Coffee unites Ethiopians and it is always interesting to find them drinking and sharing it at social gatherings. So far it’s been an amazing experience.

Since starting in your current role as country manager, what is the biggest lesson you’ve learnt about successfully doing business in Ethiopia?

I’ve learnt that service excellence and customer responsiveness is not a common competitive attribute of most service providers. Promptly realising this has been a major differentiator for DHL Express in Ethiopia, and one of the most important sources of our success so far.

There is also the business culture of ‘patience’. You must be patient to see results. The average Ethiopian is not naturally aggressive over business matters, as in most other aspects of their lives. They take their time but are very calculative. Once they have made up their mind, they go for it.