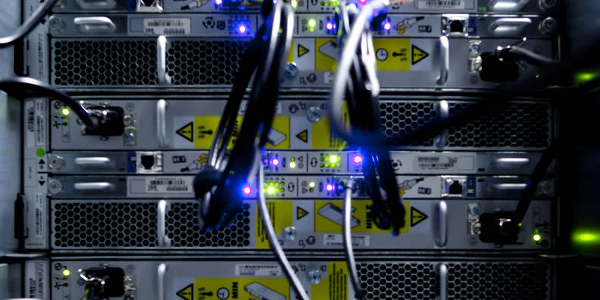 What makes African tech exciting is the growing bouquet of content being developed by locals to suit local needs. But global players like Facebook and Google are taking notice of the continent too. In September 2016, Facebook CEO Mark Zuckerberg visited Nigeria and Kenya. Earlier this year he invested US$24m in a Nigerian start-up that incubates software developers and links them with employers.

In 2014, together with the Rockefeller Foundation and the British Council, Google helped set up Digify Africa, an online digital training initiative based in South Africa. In 2016, the programme was launched in Nigeria and Kenya.

Google reckons there could be as many as 500 million African internet users by 2020, 40% of an expected population of 1.3 billion. In April this year, the company announced that it would train 1 million Africans in digital skills, mainly from South Africa, Nigeria and Kenya, by the end of 2017.

Not surprisingly, regulators are having a hard time catching up. With technologies advancing so fast, it is expensive to keep training regulators. That is, for those countries that are receptive to new technologies.

The value proposition is a major motivator. Many of the problems African governments are trying to solve could be fixed with technology.

However, some disruptions, such as social media, have not been beneficial for government, disrupting legacy approaches to managing the expectations of citizens. It is hard to spin evidence of bad governance when pictures and videos are readily available to all and sundry.

Ironically, African authorities have not been slow to adapt on this front. It is now customary for heads of state to have social media advisors as part of their public relations teams. Today it is often quipped that the Nigerian president has a larger social media relations team than he does an economic advisory one.

The fundamental issue with technological innovations, especially in Africa, is trust. Taking notice of this, Jumia – Nigeria’s leading online retailer – employs the tagline ‘The online shop you can trust.’

But despite this, many of Jumia’s customers, in Nigeria at least, still prefer to pay for their packages only when they receive them at the door. So Jumia staff make deliveries with portable payment terminals in hand. Such trust issues are virtually non-existent in developed markets.

Speed of internet connections a market waiting to be tapped

Investors looking to leverage African tech might want to start with internet speed. Facebook’s Mark Zuckerberg recognises this. His plan to beam free internet to African countries via satellites is probably not a bad idea – and it already has telecom firms very nervous.

Governments could certainly do more. They could make WiFi readily available for free in major cities, and later in rural areas, too.

African private sector actors are not waiting. Project Isizwe is an initiative by Alan Knott-Craig, former chief executive of Vodacom. The initiative plans to provide free WiFi to poor areas in South Africa, and currently has at least 2 million active users.

In October 2016, Côte d’Ivoire announced it would invest $170m to expand the country’s fibre optic network by 5,000 km. The project, which would involve the laying of three undersea cables, is expected to take up to 24 months. When completed, Côte d’Ivoire’s fibre optic network will be about 7,000 km long, and could crash the country’s high internet prices.

The relatively high costs of doing business in Africa can be – and are already being – greatly reduced using technology. Advertising on social media and other online outlets is not as expensive as traditional media, for instance. With increasing internet access, African consumers can also be reached directly for product ideas, testing and feedback. They have more and more power, too, and, with help from giants like Google and Facebook, are increasingly savvy. Both the public and private sectors must learn to adapt, or risk becoming irrelevant.