American actor Robert De Niro says that the central African country of Gabon has good potential as a tourism destination and that there might be an opportunity for a resort development. 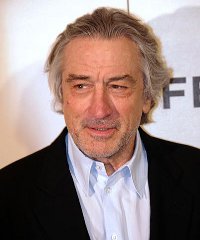 Speaking at the New York Forum Africa, that took place in Gabon’s capital Libreville over the weekend, De Niro said that the country is “special” and that he started thinking about a type of resort that would complement the area.

Besides acting, De Niro is involved in Nobu Hospitality, a company that develops hotels, resorts and residences around the world.

Prior to the event, De Niro flew over parts of Gabon with a helicopter. “Gabon is great. We are sorry we are here for such a short time, but we got a good sort of overview of the country. It is beautiful … It is just a huge area of land … No one is there. It is incredible,” he noted.

He said that the first thing he looks for when establishing a hotel in a foreign country is a stable government. “Any place you go you want to make sure that when you are there, you are going to be there for a long time. I always think of doing things that are going to last … If I did a hotel in another country or another place, I want it to be thought of as a hotel that is part of the country,” De Niro said.

When he was asked how a country like Gabon could establish a viable film industry, De Niro replied by saying “It is a long-term developmental process. It can be done anywhere. It is just a matter of commitment [and] the money.”

He explained that African countries can attract foreign film crews if they establish the right infrastructure, such as movie studios, and if it is a relatively cheap destination.

De Niro also defended George Clooney after a member of the audience said that the actor is merely using his advocacy work in Sudan to draw attention to himself.

“I think George Clooney did focus on the issue. He is very supportive of the Sudan … He is very vocal about it and I think he has brought a lot of attention to the Sudan. It is not about him, but he is using whatever his celebrity is to gain attention for this problem. If he didn’t do it … I wouldn’t even be aware of those things.”