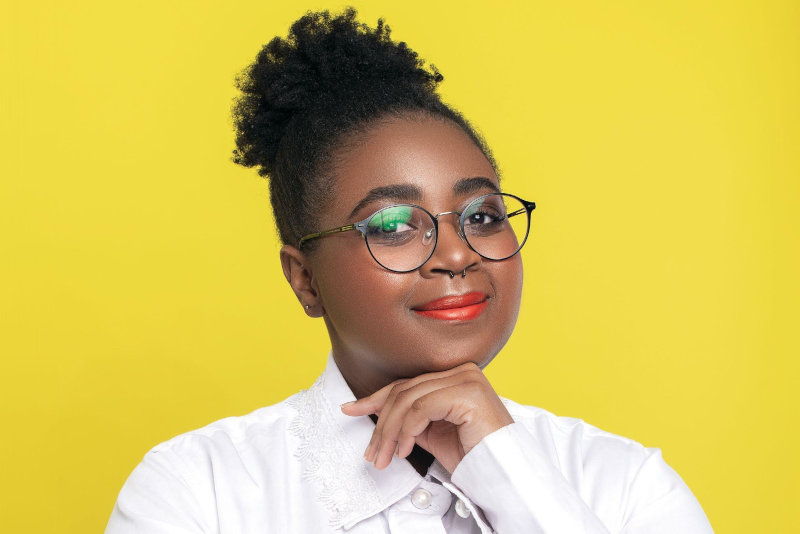 When Sinenhlanhla Ndlela decided on impulse to make vegan ice cream her business, there were countless ways she could fail and just two ways to succeed: by staying true to the feel-good message at the core of her brand and tackling setbacks with the resilience she’d learnt since childhood.

Most stories about entrepreneurship have a linear simplicity. They teach a singular lesson about the world we live in, namely that a combination of courage and effort, if consistently applied, will yield desirable results. These stories are meant to inspire.

They ask that we imagine ourselves in the shoes of the courageous entrepreneur, that we recognise our own potential, and act to emulate the success of someone not that different from ourselves.

It was with a version of this story in mind that 23-year-old film rookie Sinenhlanhla Ndlela walked out – in a bit of a huff, to be honest – on the production company that had hired her just three months earlier in order to start her own business.

Johannesburg, where she had lived since graduating from the Cape Town campus of AFDA, was overwhelming. She found the city too busy and too chaotic; trying to slow down was like swimming against the tide. “I knew I wasn’t okay with my life,” she recalls.

To help her deal with her anxiety, she was seeing a kinesiologist who had recommended cutting animal products from her diet. So, on her way back to her Maboneng apartment to call her family and tell them she had quit her job, Ndlela was in fact thinking about vegan ice cream.

Ndlela was born to teenage parents in a small village in the Drakensberg and raised in the Free State by her grandmother while her mother attended the University of Cape Town. Her mom never visited without bringing a tub of ice cream, and her grandmother never failed to pile on the extra scoop that made Ndlela feel seen in a household crowded with children.

“It made me feel their love,” Ndlela says. “It reminded me that my mom still loved me even though she was leaving all the time,” she says, sounding a little wistful, during a break at her small production plant in Midrand.

The idea of serving love by the scoopful was already taking shape on the day Ndlela weaved through the Friday afternoon crowd after seeing the kinesiologist. There was just one problem: she had no idea how to make ice cream.

‘Fail fast, fail often’ may be a controversial piece of advice to start-ups, but it was a principle that Ndlela mastered quickly.

By November 2016, when the first scoops of Yococo were ready to be sold at a local market, she was on her way to making her third or fourth mistake. 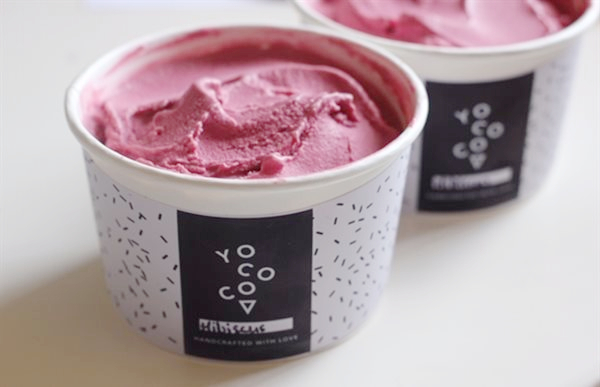 She fell out with a business partner, rented premises she couldn’t afford and, regretting having left her job, found another and left that too. She sat through meetings with a lump in her throat and gave in to tears on the way home.

But having narrowly missed becoming a start-up statistic, Yococo’s network of stockists continued to grow, along with its repertoire of flavours. By now a self-taught expert at ice-cream-making with a few extra pairs of hands on the payroll, Ndlela spread the love from Gauteng to the Western Cape and her home province of KwaZulu-Natal, and in 2019 was named among the Mail & Guardian 200 Young South Africans.

The business entered 2020 poised to win two more awards – YFM’s #ThePutOn competition for young entrepreneurs and a Women’s Day-themed business accelerator prize from Momentum – but in March a state of disaster was announced and the country went into hard lockdown in an attempt to slow the spread of Covid-19.

Ndlela hit the reboot button and took her business online. Her e-commerce site went live in early May, with deliveries initially restricted to Gauteng, and an ambitious goal: to help relieve the economic hardship resulting from lockdown, the proceeds from 1,000 tubs would provide meals to child-headed homes and people living with disabilities.

Ndlela’s business has survived because she did some important things right. She made a product that slotted right into a small but viable niche in the market and created a brand that appeals to the growing appetite for ethical, innovative and healthy consumption.

She has stuck resolutely to the feel-good message at the heart of her business and aligned her brand with issues like hunger relief and campaigns for racial justice and ending gender-based violence. She has built a community via social media and held focus groups to test her assumptions about her market.

Before lockdown, her distribution model relied on markets and health-focused retail outlets. The switch to e-commerce was smartly executed but drastically diminished her footprint. By mid-August, however, deliveries to other provinces were on the cards, along with the playful addition of colour-in packaging. Cape Town was to be first, but Durbanites could meanwhile get their Yococo fix at Home Grown, an organic grocer in Ballito, 45 kilometres away. They were planning to “go slow and learn fast”, Ndlela said.

The answer to the question ‘What makes a start-up succeed?’ depends on who you ask, and ranges from timing to old-fashioned grit. But sooner or later the conversation comes around to resilience, the virtue that enables people to get going when the going gets tough.

Many great entrepreneurs come from dysfunctional family backgrounds, entrepreneur and teacher Steve Blank writes in the New York-based business magazine Inc: “These are people who grew up in an environment where nothing was the same from day to day, where the only predictable thing was unpredictability. And somehow, each day, the resilient ones make order out of total chaos, just as most start-up CEOs do each day.”

Ndlela’s family story seems a case in point. By the time she finished school, she had lived in 19 houses and attended several schools as her very young mom, who was just 23 when her daughter was in Grade 3, made her own way in the world.

The biggest adjustment came in grade 10 when Ndlela was a thriving pupil at Pietermaritzburg’s independent Epworth School. After her mom lost her job, Ndlela moved to a co-ed rural school with 80 learners packed in one classroom. The following year she won a bursary that allowed her to return to Epworth, where she had to reboot her confidence and struggle back to a sense of belonging.

Such early lessons in dealing gracefully with chaos and stress prepare entrepreneurs for the daily crises that mark the early phases of a company, Blank believes. The ability to manage uncertainty is an essential skill for founders, especially in conditions where sheer will and tenacity are not enough to drown out the sceptical voices around you.

“Don’t let those voices get inside your head. Learn to listen to your own,” is Sinenhlanhla’s advice to would-be founders walking around with big ideas and hoping for a fairy-tale ending. “Show up as your best self, don’t make the big decisions when you’re feeling desperate, and don’t quit your day job quite so soon.”