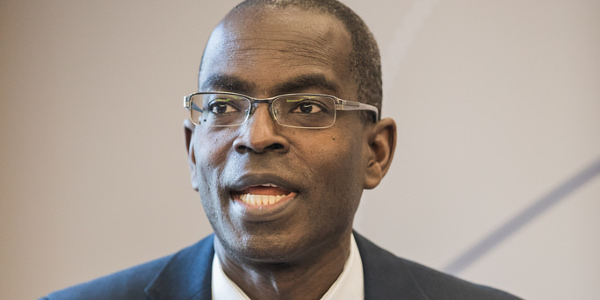 This article is an extract from British/Nigerian investment banker Mark Byron’s book: ‘AFRICA ARRIVES: The Savvy Entrepreneur’s Guide to The World’s Hottest Market’ (published by Fideli Publishing, Inc.). The book is currently available on amazon.com.

Multimillionaire Patrick Awuah is a new generation of African entrepreneur who has reversed the “African diaspora” back to his native land and, as such, has disproved author Thomas Wolfe’s adage that you can’t go home again. Awuah has, in fact, done so and has flourished in the process. So has the university he came back to fund, found and accredit in his native Ghana – Ashesi University in Accra.

In 2002, after living in the US for almost two decades, Patrick Awuah returned to Ghana, leaving his job at global tech giant Microsoft where he earned millions as programme manager, to set up Ashesi, to educate young Africans into the best possible educational mélange of science and liberal arts.

When he made this major paradigm shift in his life, it came as a surprise to everyone, not the least of whom was Patrick Awuah himself. By every lifestyle metric, Awuah had all the reason in the world to stay right where he was. In 1997, he was already 15 years into a longstanding lucrative job with Microsoft where he’d made millions working as a programme manager. When he decided to take this leap of faith, the most supportive person of all was his wife who saw in Patrick the burning desire to return to his African homeland.

Originally, Patrick left his native Ghana in the early 1980s as a part of the traditional cultural diaspora to Europe and the US, where college-age African students come to their supra-society of choice, attain a degree from a highly regarded university and stay on with a path to citizenship and a lucrative career. His job at Microsoft, especially during the exponential growth years of the 1990s paid huge dividends, and it would have been very easy for him to stay right where he was and amass an even larger fortune.

But Patrick Awuah had always nurtured the idea of a private university in Ghana, because he recognised the need for institutions of higher learning especially in his homeland as something of paramount importance. To shore up his own academic credentials, Patrick even went so far as going back to get his master’s degree at the University of California at Berkeley. But even after he had gone that far into the pursuit of his dream, he would wake up on more than one occasion, wondering if he’d done the right thing.

“And then I read the words of Goethe,” Patrick remembers: “ Whatever you can do or dream you can, begin it. Boldness has genius, power and magic in it – begin it now.’”

Begin he did, and in so doing, he found the gap – the critical path – that created the opportunity. On his return to Ghana to begin his university curriculum in 2002, Patrick Awuah found out that for every problem three things kept coming up: corruption, weak institutions, and the people in power who run them – the leaders.

Patrick asked two very important questions: Where were these leaders coming from? What was it about Ghana that produces leaders that are unethical or unable to solve problems?

In search of answers, he scanned the country’s educational system and realised that nothing had changed during his time away.

“It was the same learning by rote, from primary school through graduate school. Very little emphasis on ethics… and the typical graduate from a university in Ghana has a stronger sense of entitlement than a sense of responsibility. And that’s just wrong.”

Patrick’s resolve to address this problem resulted in the conception and birth of Ashesi University, an institution launched specifically to help develop young African leaders. Its very name, Ashesi, translates into the term “Beginnings.” And it was to that standard that Patrick Awuah wanted this unique collection of colleges to aspire.

As a part of its charter, the University has in place an honor code, where the students pledge to be honest, attend their classes and operate their course of study with the utmost integrity… and to hold each other accountable. The students of Ashesi University take ownership of their ethical posture on campus. Originally this was a radical departure from the norm in most African universities where corrupt practices are often the order of the day. And even many American universities, in today’s atmosphere of entitlement, have dropped their honor code stipulations and have paid the price in lowered student performance and expedient academic standards. Not so at Ashesi.

“While the honor code may constitute a reach for a perfect society, which is unachievable, we cannot achieve perfection,” Patrick observes. “But if we reach for it, we can achieve excellence.’” (Awuah acknowledges that the quote is actually a paraphrase from Hall of Fame football coach, Vince Lombardi, but he doesn’t mind crediting others if it creates the desired result. And in this case the result is a refurbished, more academically sound, educated Ghanaian).

“Every society must be very intentional about educating its leaders… so this is what I’m doing now.” When Awuah chartered Ashesi in 2002, it began with two small buildings and 30 students. Today the university campus is set on a bucolic 100-acre plot of land in a town called Berekuso, about a one-hour drive from Accra itself.

As of 2016, the Berekuso campus has become something of a small college showcase, with over 500 students partaking in a curriculum that is said to be the perfect mélange of liberal arts and sciences.

Along with a strict academic curriculum, Ashesi also features a varied programme of awards, athletic programmes (the APL, Ashesi Premier League Soccer) and a special ASC event in the spring – now a 10-year tradition – dedicating a week to building esprit de corps by helping students to celebrate their own role in co-creating the synergy of Ashesi.

What Patrick Awuah wanted to initiate was an academically sound, internationally accredited university in his native Ghana that would help educate the country’s next generation of leaders… and to make it “affordable”.

Originally, that took some doing, and it often required some healthy investment and subsidy, not only from Patrick Awuah and his various funds, but also from donors, investors and independent foundations – any outside support that could come in without “strings” so often attached to traditional funding.

“In our last freshman class, 50% of that class paid full tuition, 25% were on full scholarships and 25% on partial scholarships,” Patrick notes. “The reason why diversity is so important is that the most important conversation on campus is a conversation about… the good society we would like to see in Africa. That conversation is a lot more interesting if you have diversity in the classroom.”

Averaging at about 71%, Ghana has only a fair literacy rate, right in the middle of the 39 nations in the sub-Sahara. In view of that, or perhaps because of it, it also has an underperforming track record at higher levels of education. This is underscored by consistently disappointing performance levels during advanced vocational courses called TVET (technical and vocational education and training) that have been considered something of a flop by the country’s 28% unemployed graduates. In truth, higher education in Ghana – one that includes liberal arts – at the college level is considered something of a rarity enjoyed by only the few who can afford it. As Patrick Awuah observes: “In this country, only 5% of college-age kids go to college… And that same 5% will invariably end up running the country… So when I look at universities I see Africa fast-forward 30 years. When this 20-year-old is now in his or her fifties, that person is going to be a leader. And so I felt that engaging how that future leadership core is educated could be catalytic.”

Honored numerous times, and one of the most famous men in Ghana after former UN Secretary General Kofi Annan, Patrick Awuah recently received the MacArthur Foundation Fellowship Award for Education.