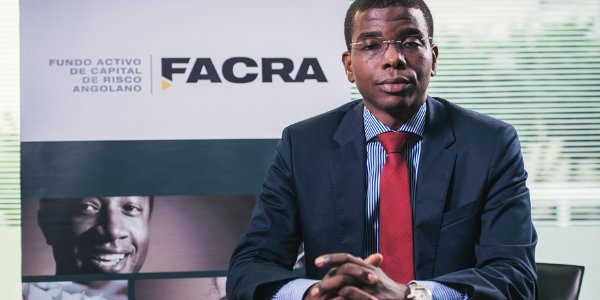 How we made it in Africa asks Teodoro de Jesus Xavier Poulson – a member of the investment committee of Angola’s public venture capital fund, Fundo Activo de Capital de Risco Angolano (FACRA) – about his outlook for 2016.

Is the current investment environment in Africa good for venture capital?

I believe so. Despite current global economic headwinds, Africa remains one of the most popular parts of the world for investments by private equity firms and venture capitalists. In many respects, the dramatic and sustained drop in oil and commodity prices has served to illustrate the urgency for diversification away from reliance on natural resources. In particular, countries such as Angola have a pressing need to attract foreign direct investment (FDI), and it has introduced a number of initiatives and incentives to attract FDI.

The Angolan Government is making significant investments in schools, universities, hospitals and healthcare clinics right across the country. The hospitality market is also attracting sizeable investments from both public and private sectors, and the government is providing tax exemptions and incentives for companies setting up hotels and other hospitality facilities.

Countries such as Angola, Ghana, Kenya, Mozambique and Nigeria are still experiencing economic growth and there is significant structural change that will support economic diversification, particularly in the development of business-critical infrastructure and highly targeted support for alternative industries such as agriculture and technology.

Where do you see the opportunities in Africa in the next two to three years?

I am convinced Africa still is, and will be, one of the main destinations for great investment opportunities. Therefore, I believe countries in this region will continue to have strong growth in the next three years. There are many African countries investing heavily in key growth industries such as healthcare and education, technology, social welfare and infrastructure. These sectors offer opportunities for investors, either in the form of direct investment or public-private partnerships. Renewables is also a focus for technological innovation, which many African countries are actively pursuing.

Where does Angola stand in terms of its economy in the African region?

Firstly I would like to emphasise that Angola is very actively pursuing economic diversification through investment in fast-growing industries. It has liberalised its financial sector and has created a number of investment vehicles designed to facilitate the rise of home-grown businesses and inward investment. Angola naturally has a different challenge to its neighbours – since peace time in 2002 it has been charged with rebuilding an entire nation from the ground up.

That means it has provided investment opportunities in a particularly broad range of sectors, including the creation of a national electricity network, sanitation and clean water access to rural communities, transport infrastructure (including the redevelopment of the country’s rail network), education, healthcare, information technology and financial services.

What could be some of the challenges that can hinder growth of the African market?

Among many challenges is the fall in oil and commodity prices, the countries’ debt levels and the political issues negatively affecting revenues and the well-being of the people. On the other hand, we have to account for global instability – particularly the Chinese market – which also has the potential to somewhat slow down the speed of growth in Africa. Other issues include the need for structural reforms in order to enhance efficiency in the allocation of resources, transparency and political instability in some parts of Africa.

However, from a business perspective, one of the legacy challenges is the availability of credit for small and medium sized businesses. Regional banks are reluctant to offer capital to young businesses, which is hampering the growth of the SME sector in the continent. Angola, however, recognises the potential of SMEs for the wider national economy and consequently all efforts are being undertaken to support this sector. For instance, the government has created a number of platforms to help SMEs to grow, including the establishment of a state-backed VC that acts as an intermediary between foreign companies and growing Angolan companies. FACRA is actively looking for foreign companies that are able to partner with home-grown businesses.

How would a Chinese economic slowdown impact Africa?

An economic slowdown in China could affect economic activity in Africa as China is one of the major trading partners within the continent. China has more than US$20bn in investments in Africa and many African governments sell their resources, namely minerals and oil, in the international market and China is one of the leading customers. If the Chinese yuan devalues in 2016, it could have a negative impact on the demand of African goods, considering the strategic economical relations between our continent and China.

This is however a worse-case scenario and will be unlikely to happen in the near future as the United States and European Union also conduct major trade with Africa. African countries trading amongst themselves is also another trend which could help counter-balance a Chinese economic slowdown.

China now has major assets in Africa and a growing Chinese expatriate community. China is therefore already heavily vested in the region and it is unlikely Chinese-supported projects would halt in the near future. Africa continues to offer investment opportunities to China, and in comparison with economic stagnation in Europe and the comparative expense of investing in the West, Africa continues to be a favourable destination.

What are your predictions for the African VC market this year?

Given the importance of economic diversification in sub-Saharan Africa, and the fact that capital markets are in a nascent stage, VCs can still look to Africa as a good place to do business. Markets such as Angola, Ghana, Mozambique and Nigeria have incredibly young populations that are very ambitious – and attitudes among young business leaders are positive. These factors make us convinced that VC companies will almost certainly be able to do well in 2016.