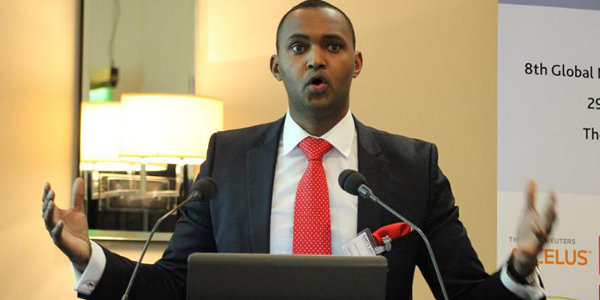 For two decades Somalia endured clan-based infighting that led to state collapse. Millions of Somalis fled the country and the economy was debilitated. But Somalia’s tides have been changing since 2012, when an internationally-backed government was installed. Although still fragile, the country has “made significant progress” said the IMF last year in its first regular “health check” of Somalia’s economy in over 25 years.

But the country is still negatively perceived, partly due to the presence of terrorist group Al-Shabaab in parts of the country. The Somali Economic Forum, an independent organisation founded in the UK, hopes to change the country’s image and attract investments from international companies.

How we made it in Africa spoke to Hassan Dudde, managing director of the Somali Economic Forum, about the investment opportunities, security concerns, and how the country has evolved in the last decade.

Are foreign investors showing an interest in Somalia?

You will be surprised how many international companies are operating in Somalia, whether they go by their original name or as subsidiaries. You have well-known companies such as Coca-Cola and Turkish Airlines. It is not always the traditional western-owned companies. We also have Arabic, African and Somali-owned companies.

How hard or easy is it to convince investors to put their money in Somalia?

It often depends on the sector they are interested in. In Somalia you have certain booming sectors such as finance and telecommunications, so the opportunities there are more obvious. It also depends on the investor’s level of risk appetite. There are companies that are more willing to take on risks wherever they go. And risk is not only associated with Somalia or Africa. There is risk wherever in the world you go. There is a high risk in Europe, for example, because of the high competition there. In Somalia you don’t have much competition. An investor’s knowledge of Somalia also matters in their decision-making. So a multinational that has been operating for many years in Africa will have a good idea of what to expect in Somalia and how they could do things there. We work with well-established consultancies from the west that operate in Somalia to present opportunities to investors and asses the risks.

Once they come in, what challenges would foreign companies face in Somalia?

It would be similar to the hurdles a Somali returnee would face. If you are new to a place you have to do numerous assessments and get as much information about the market and the sector. Having well-skilled local employees is very important. We have thousands of university graduates in Somalia. So companies coming to Somalia do have access to a well-educated workforce.

How big of a concern is insecurity and instability?

It all depends on where you want to invest. If you are looking to do farming in the southern part of the country, unfortunately that is where we have all these extremist groups. These agricultural areas are very far from major cities and if you invest in those territories security issues might be a big concern for you. But if you are looking to open a business that provides services to companies and individuals such as in telecommunications and finance, then there are relatively few security threats. You would be operating in major cities, and major cities are very peaceful. And I don’t just believe this, I live this. I travel three to four times a month from one city to another within Somalia.

What about investor protection? Can a powerful politician grab a company’s assets?

The government system in Somalia has changed [to comprise a federal government and local state governments]. We previously had a central government where everything was controlled in the capital city, Mogadishu. Now if you want to do business in Bosaso, which is in the northeastern part of Somalia, you don’t necessarily have to even go to Mogadishu. At the moment, depending on what state you set up in, there are available legal documents. The federal government is currently working on rules and regulations that could be widely used.

But there has been no major incident that I have heard off where a foreign investor was harassed or their business overtaken by politicians or other Somalis. But of course to have a legal document in place should encourage investors to come here. What we would suggest is for an investor to find a local partner and do a joint venture. It will not only help minimise risk, but it will also help you succeed business wise.

What do you see in Somalia today that wasn’t there 10 years ago?

I see a lot of foreigners arriving. And a lot of diaspora, who have both capital and skills, coming back, demonstrating their belief in their country. We now have a stock exchange, we have insurance companies and we have more banks. Of course I wouldn’t compare Somalia to South Africa or Kenya – but I can certainly say the patterns are changing. There are a lot more people with disposable incomes. I see people acquiring new laptops, smartphones and other gadgets.