The Dubai Chamber of Commerce and Industry is hosting the first Africa Global Business Forum in the beginning of May in Dubai. The emirate – which has become a global trade and business hub for companies looking to access markets in the Middle East, Asia, Europe and Africa – has seen an increase in commercial interests in Africa over the last few years. Dubai’s transport and storage infrastructure, geographic position and business environment has led it to become an international trade centre and African trade is offering new growth prospects. 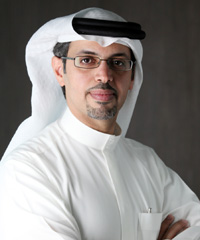 With the growth seen in African exports and imports, the forum’s focus will be to highlight Dubai’s role as a gateway to trade and investment opportunities throughout Africa. In an interview, H.E. Hamad Buamim – director general of the Dubai Chamber of Commerce and Industry – gave some insight into Dubai’s aspirations in Africa.

Why this interest in Africa?

Africa is home to some of the world’s fastest growing economies and offers the highest risk-adjusted returns on foreign direct investment among emerging economies. While mining and oil are big businesses, infrastructure investment and the consumer market are major growth areas. The continent has a middle class estimated to be around 313 million, which is driving significant consumer growth. At the same time, 70% of its population is under 35, which is also helping to power further economic development. The International Monetary Fund (IMF) has predicted that no other continent will grow more strongly over the coming years. At the same time, governments across Africa are working to improve the business climate, which can only serve to strengthen its investment potential.

Despite all these positive figures, some investors still view business opportunities in Africa with caution, given the various challenges and obstacles that can exist. These vary widely from country to country, and it is difficult, if not naïve, to treat doing business in Africa in one uniform way. Yet, wide scale spending programmes are being rolled out across the board, and increased private investment is rapidly changing the situation.

What role can Dubai play in Africa?

Dubai’s position in the picture is a gateway into and out of the African continent. Historically, Dubai has always been a major transit point for goods and trade flows from Africa, and this is a role that we are seeking to build on over the coming years.

Global firms looking to do business in Africa are well advised to use Dubai as a stable and secure base to operate from. The city’s extensive infrastructure and modern banking, financial and legal systems, offer good protection to investors and facilitate the ease of doing business. There are a number of successful companies doing just this – including Nestle, Louis Dreyfus, one of the world’s largest commodity traders, and MiDCOM Group, the largest Nokia distributor in Africa and the Middle East (MEA) region – who all based their Africa office in Dubai.

At the same time, African entrepreneurs seeking expansion into European and American markets can use Dubai as a base. Dubai is a gateway to Africa as the emirate’s close proximity and business-friendly climate is an ideal hub for the continent. Dubai offers international companies a safe haven to do business across the Middle East, African and south Asian regions and we will continue to facilitate and promote Dubai as an international business hub for decades to come. We envisage developing our existing trade relationship by encouraging more African companies to use Dubai as a base to trade with Europe, Asia, the Middle East and North America.

What UAE companies are already active in African markets?

A number of UAE companies have been major players in Africa for some time. DP World has had a presence since 2000 and now runs the port of Dakar in Senegal and port operations in Djibouti, Algeria and Mozambique. At the same time, telecommunications company, Etisalat, has stakes in Atlantique Telecom, which operates in about six countries in West Africa, as well as Tanzania‘s Zantel and Sudanese fixed line operator, Canar. These companies are proving that business opportunities exist across Africa for foreign investors and we hope that through the upcoming forum we encourage more.