When Taha Jiwaji saw that his parents couldn’t afford to market their computer company to customers in Tanzania using the traditional methods of TV, radio and magazine adverts, the inspiration for his startup was born. Bongo Live is a mobile marketing service that helps businesses streamline their communications with their existing customers, as well as target new customers. The company specialises in group messaging, SMS services and custom applications. 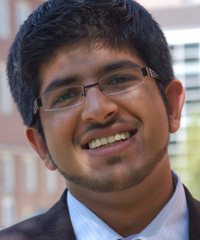 In an interview with How we made it in Africa, Jiwaji talks about how the company was started and the challenges he faces in growing the business.

How have you financed your startup?

We haven’t got any funding; it’s just personal savings and family. We pitched to a bunch of venture capital firms and angels and they all say the same thing: either your model is wrong or your team isn’t right. Or the market isn’t great or you don’t have enough traction. So we have heard it all but we have just kept at it and hopefully we will prove them wrong.

Who is your competition at the moment?

Locally, when we started there was no one, but now there is at least – I’d say – five to 10 other companies that are on the bandwagon, basically because [our business] is working and they see a potential. There are a lot of copycats coming out…

Was being a first-mover in the Tanzanian market part of the attraction for you?

Yes and the market is definitely still virgin in that everything is open. There are so many problems yet to be solved that [in] anything you take up, you could potentially be the first one to solve that problem. So that is part of the attraction of doing business here, that you get to be one of the first ones to do this kind of tech venture.

What has been some of the most important steps you have taken to grow Bongo Live since it started in 2010?

I think the first step I would say is that it is very important to start. If we had not taken a step to actually start, this would never have happened. So that was definitely the most critical step. The first year was definitely very difficult. Most of the first year I was alone and running the entire business myself with some help here and there. It was difficult to get customers, cash flow is always an issue, but we kept at it and we kept growing. In early 2012 we got a couple of big customers, which was a turning point and I also hired a couple of people. I just took the step saying that I need to hire some people full-time so that I can devote time to really growing the business and concentrating on the bigger picture.