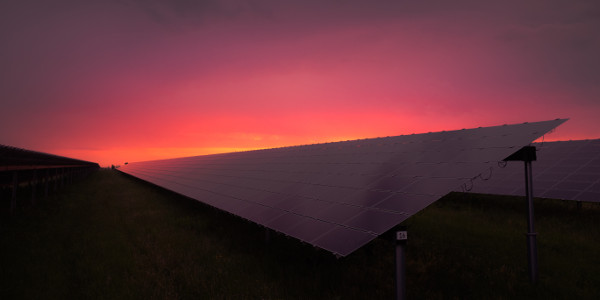 While renewable energy independent power producers (IPPs) take stock following the news that Eskom will be required to conclude another round of IPP power purchase agreements by the end of October, question marks remain over what the future holds for SA’s power utility.

Following months of uncertainty over SA’s Renewable Energy Independent Power Producer Procurement Programme, Energy Minister Mmamoloko Kubayi announced in September that Eskom would sign the agreements by the end of the following month.

To the chagrin of the IPPs, Kubayi also announced that Eskom would be allowed to re-negotiate the tariffs to not more than 77c per kilowatt hour (KWh). The Minister said the current prices were unaffordable for Eskom, even though solar and wind energy are now cheaper than Eskom’s average cost of supply.

Frustrations with Eskom’s status as the official buyer of power from IPPs, steep Eskom electricity prices and cheaper alternatives have created a significant increase in investments in embedded generation as well as energy efficiency.

Some observers have noted that an energy market of multiple generators, buyers and sellers is the antithesis of SA’s historical monopoly model in the energy sector. Although such a shift can be viewed as a threat to monopoly energy utilities like Eskom, international trends suggest that it presents an opportunity for Eskom to transform its archaic business model.

Professor Anton Eberhard, who runs the Managing Power Sector Reform and Regulation executive education short course at the University of Cape Town Graduate School of Business (UCT GSB), notes that the past three decades have seen fundamental reform and restructuring of electricity sectors in countries all over the world. The old model, of a vertically integrated, state-owned monopoly, has been challenged and new institutional models have been explored and adopted that involve different levels of integration/unbundling, competition and public or private ownership, he says.

Traditionally, power systems have been vertically integrated:  Power generation, transmission and distribution functions have been combined in one company. However, with generation potentially open to competition, many countries have decided to separate generation from the natural monopoly wire components.

The challenge of the current system, according to Eberhard, where Eskom controls power purchases from IPPs, as well as access to transmission, but also builds and operates its own power stations – is that it can discourage investment in IPPs, make inter-connection with the grid difficult or expensive, and can constrain dispatch.

In common with countries around the world, he says that South Africa has entered a “disruptive moment” in the power sector where prices for renewable energy are falling rapidly and their share of electricity production is growing, both on and off-grid.

“There are huge implications for utilities, in complementing these variable energy resources with more flexible options such as gas power, storage and demand-side management.  Utilities are also facing declining sales as distributed and off-grid electricity investments increase,” says Eberhard.

“US and European utilities are responding to these challenges and there is huge potential for utilities in developing countries to build on international power reform experience and to design future power markets and operating systems to respond to these new opportunities,” he adds.

Preparing stakeholders for the energy sector revolution has been a key driver for Eberhard over the course of his career and much of this experience is distilled in the Managing Power Sector Reform and Regulation Africa short course, which will run at the GSB this October. This year, he says the focus of the programme will be on the opportunities for effective reform of utilities, especially those in emerging markets, and will feature expert input from guest lecturer Professor Ignacio Perez-Arriaga who will present on MIT’s trail blazing Utility of the Future project.

“The challenge for managers and leaders working in the power sector is to contribute to the industry’s reform and deliver sustainable, affordable services to everyone, while still accelerating economic growth,” says Eberhard. “There is much that we can gain from observing and understanding how this has played out in other economies and countries.”