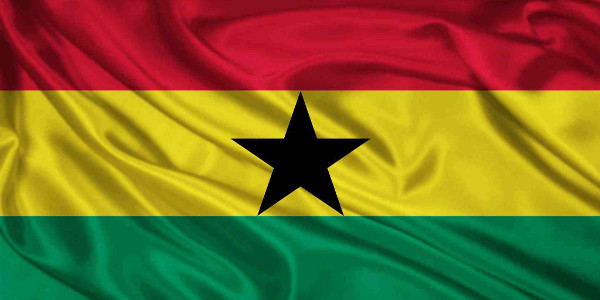 The objective of this article is to provide a snapshot on progress of implementation of activities by the Government of Ghana, private sector and development partners since January 2017, when Ghana ratified the WTO Trade Facilitation Agreement.

Ghana became the 104th country to ratify the WTO Trade Facilitation Agreement on 4 January 2017. The ratification by Ghana’s parliament gave further boost to the country’s ongoing efforts at implementing trade facilitation reforms in the country.

The ratification came at a critical period in the country’s political and economic history: the end of one political regime, with the National Democratic Congress (viewed as a social democratic party) losing power in the December 2016 elections; and the dawn of a new government, the New Patriotic Party (NPP), largely seen as a pro-business party assuming office in January 2017. The NPP promised sweeping reforms including the removal of nuisance taxes for businesses, an industrialisation drive to put one factory in each district and to make Ghana one of the preferred investment destinations in Africa by moving up to the top 40 rank of the World Bank’s ease of doing business ranking in its first year.

Challenges with trade in Ghana

Traders complain that slow customs clearance, duplication of activities by border agencies and duplication of documentation resulted in longer days for clearing goods and additional cost in demurrage to businesses/importers. The USAID Trade Facilitation Project in 2017, undertook a study on Ghana’s compliance with Article 6 of the WTO Trade Facilitation Agreement on fees and charges and found that about 20 ministries, departments and agencies (MDAs) are involved in the import, export and transit trade clearance process. The study further found that 88% of fees and charges levied at the ports were for government revenue rather than for cost of services provided by the MDAs.

Since 2008, Ghana has undertaken a number of reforms to improve its import, export and transit trade regime, including reduction in processes and use of information and communication technology at the ports. Another includes unifying and reforming the tax administration function of customs.

There is a National Trade Facilitation Committee (NTFC) formed prior to Ghana’s ratification of the WTO Trade Facilitation Agreement that provides the platform for discussion and implementation of reforms for improved trading environment in the country. The NTFC is chaired by the Ministry of Trade and Industry and constituted by a cross-section of ministries, agencies and departments falling under trade, health, agriculture, finance, transport and aviation, and justice. There are also private sector representatives including the Association of Ghana Industries, Federation of Associations of Ghana Exporters, Ghana Union of Traders Association, Custom Brokers Association of Ghana and Ghana Institute of Freight Forwarders. The NTFC also has representation from private and quasi-public sector companies involved the port clearance processes such as Ghana Community Network (GCNET) and Westblue Consulting, both operating the Ghana National Single Window with customs.

The vice president of Ghana in May 2017, at the Ports Efficiency Conference gave three directives towards improving trade in the country, all effective 01 September, 2017. First, removal of all customs barriers in the country’s transit corridor; second, joint inspection by all border agencies; and third, the implementation of a paperless transaction system at the ports. The paperless transaction system has been duly implemented, but with challenges. There are reported complaints from the trading public that the new system has not made significant improvements in the clearing time. On the government side however, there are indications that the paperless system has improved revenue collection (about 50%) and they seem satisfied.

The NPP government’s aim is to improve overall ease of doing business. It has started implementing a Business Regulatory Reform (BRR) programme as part of its 10-Point Agenda for Industrial Transformation. Among other things, the BRR programme aims to adopt good regulatory practices to remove bottlenecks to business growth by identifying and creating an electronic inventory of all regulations that affect businesses, and creating an electronic consultation portal. It also intends to undertake a rolling review of regulations using the guillotine principles and a public-private dialogue platform for ongoing engagement on regulatory issues.

USAID, through its Trade Facilitation Project (TFP) launched in October 2016, has rolled out technical support to the Ministry of Trade and Industry and other border agencies as part of USAID’s Trade Africa Expansion Initiative. The TFP is supporting Ghana to implement specific articles of the WTO Trade Facilitation Agreement working with the NTFC. Two key outputs of the TFP has been the support in helping the government set-up enquiry points and resource the National Notification Authority; and the study on Ghana’s compliance with Article 6 of the WTO Trade Facilitation Agreement on fees and charges.

The World Bank since 2013 has been implementing the Improved and Facilitated Trade in West Africa Project, supporting countries, including Ghana, to reduce the time and cost of regional trade, increase border agency cooperation and coordination, and encourage a swift flow of goods at both intra-regional and international levels. In Ghana, the project is providing technical assistance to the Customs Division of the Ghana Revenue Authority and the Revenue Policy Division of the Ministry of Finance in analysing and implementing reforms in import clearance processes (scanning) and transit revenue administration (VAT on transit trade).

The Global Alliance for Trade Facilitation – a multilateral donor support programme – is working with the local chapter of the International Chamber of Commerce (ICC) to support Ghana and the private sector to implement the WTO Trade Facilitation Agreement to improve the country’s trade regime.

Though the private sector is the main beneficiary of an improved and a facilitated trading environment, their role has been lacklustre and reactive. The private sector’s contribution to the trade facilitation effort has been through sporadic reactions to government’s policies such as the introduction of the paperless system; and introduction of levies and fees by border agencies. The private sector’s advocacy work has principally been through their umbrella bodies such as the Private Enterprise Federation, Ghana National Chamber of Commerce and Industry, Association of Ghana Industries, Federations of Association of Ghana Exporters, Ghana Union of Traders Association and Importers and Exporters Association.

Ghana’s efforts at implementing trade facilitation measures have been ongoing since 2008. The government and development partners seem to be leading the implementation efforts with the private sector being more reactive than proactive. Ghana’s ratification of the WTO Trade Facilitation Agreement and its coming into force provides a new impetus to drive the trade facilitation reform agenda in the country as results of implementation have been mixed.
The key risks that remain are the continued political will of the government to continue to implement its commitment under the WTO Trade Facilitation Agreement and ECOWAS to facilitate regional trade as well as its willingness to reduce the use of port fees and charges as a main revenue generation tool.