There is no African oil curse, maintains global oil and gas expert Dr Duncan Clarke, only an inherited and continuing curse of politics. 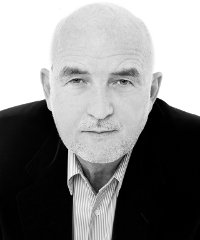 Responding to the frequently cited “curse” theory that is linked to Africa’s natural resources, Clarke says: “The oil industry already contributes in huge measure to continent-wide economic growth and investment partnerships with the state and its national oil companies, and acts as a pillar of corporate governance in Africa. The misuse of oil revenues, where it exists, is a government matter, not a corporate one. “Corporate ‘nannies’ and the Mother Theresa complex will not fix the malfeasance of some of Africa’s politicians: only Africans can do that,” he says in his typically outspoken and combative style.

Clarke, chairman of Global Pacific & Partners, has spent more than 40 years travelling across Africa and has, so far, visited 45 of the continent’s 53 states to keep tabs on the oil and gas game that is his company’s core business.

With resources now in the global limelight, his knowledge and observations of Africa’s peculiar problems and challenges make him a key commentator on the complex issues of this industry. Africa’s oil industry dates back to the mid-1950s, when oil was discovered in the Niger Delta and the Maghreb. In the late 1980s Africa had about 60-billion barrels of proven oil reserves. Today, Africa-wide oil reserves stand at about 120-billion barrels, Clarke says.

Global Pacific & Partners covers a wide range of information disciplines including global oil and gas research, advisory services, strategy briefings and contributions to oil and gas media. Clarke is based in its Johannesburg office and the company also has operating offices in The Hague and London and a representative in Rio de Janeiro for Latin American business.

Clarke is also an adviser to African governments and oil companies, and the company runs the continent’s largest oil and gas events, such as Africa Oil Week, now in its 17th year, which comes up in November.

The third edition of his book, Africa, Crude Continent: The Struggle for Africa’s Oil Prize, was released in SA last week and television channel CNBC Africa is airing a documentary based on the book, examining developments in the African oil industry.

The book, which looks at a century of oil in Africa and related issues, was first published in 2008 but the epilogue has been updated to tackle what he says are “public and media myths about the continent and its complex oil game”. Among the issues tackled is the commonly held perception of Africa’s riches being its “curse”. Clarke uses the example of Equatorial Guinea, which was a venal, antidemocratic state before oil was found. “The politicians have introduced a facade of democratic governance and when this is found wanting, oil is targeted as the cause.”

Africa, Crude Continent also raises new questions about some foreign state oil companies, notably players from China, given the emergence of what he calls the “Chinafrique” model.

This is not Clarke’s first tome on the oil and gas world. In 2007 he wrote his first book, The Battle for Barrels — a critique of the theory that the world is running out of oil. “The production peak is some decades away at least.”

He says rising prices, new technologies, improved exploration and access to restricted world oil zones, as well as changes in government policy and corporate strategy, are pointers to the unlikelihood of the world running out of oil anytime soon.

Clarke has spent most of his professional life focused on the world’s oil and gas business and says it is arguably one of the hardest things to understand and measure, let alone predict with precision — despite the fact that many try to do so.

“The oil sector’s history teaches many lessons, the failure of forecasting being one of them. It also instructs us about human ingenuity and adaptability. Like the weather, the oil industry could take many unexpected turns in future.”

His second book was Empires of Oil: Corporate Oil in Barbarian Worlds .It examined the rise of resource nationalism and the issues confronting companies about the future.

Clarke, who comes from Zimbabwe, began his career teaching economics and advising institutions and business clients about Africa. While working in Geneva in 1978, he was doing extensive work on the continent for private companies, governments and multilateral agencies and was asked to work on the oil industry, which, in those Cold War days, was of particular interest. He established Global Pacific & Partners in 1988 to build on the global experience acquired through his consulting and economic research work with various clients.

“We’re constantly monitoring the industry and selective specifics. I’m in the process of something that will come to market probably late next year or in 2012, about the African continent, a new book that will be wider than oil and gas.

“It will be about interpreting Africa’s economic past, present and future, and looking at it through our models which we’ve worked with for over 40 years. There’s still great ambiguity about actually understanding how Africa came to be what it is today, and indeed much contestation.

“This has huge implications. Only by understanding what’s actually taken place can one hope to shape models to best develop the African world. This is something that I think is lacking, and I’ve been working on it for some years,” he says.

Clarke maintains the oil and gas landscape is changing fast. More companies enter the continent each year, and investment commitments and numbers of projects executed are rising. Exploration is also increasing, he says, and, in turn, new oil discoveries.

These include significant oil finds in Uganda, Ghana and Sierra Leone and in other states around the continent. There are also new discoveries in older oil and gas markets such as Nigeria and Angola.

“I think competition will intensify over time as more players compete and the foreign state oil companies add to the overall portfolio.”

Clarke says increasingly, African players are becoming more prominent in the sector and as a result a greater foreign-local partnership matrix is evolving. “African private oil companies now number over 100 and come from 20 countries — a far cry from a decade ago.”

The future growth area is gas. He says with 500-trillion cubic feet of gas now proven in Africa, the continent’s total hydrocarbon reserves stand at about 250-billion barrels of oil equivalent. “The future for gas is very strong, with more reserve growth, discoveries and markets being developed, as well as exports to Europe and within Africa,” Clarke says.

However, Africa will remain a net exporter of both oil and gas for the next couple of decades, he predicts, as the continent is moving slowly in terms of beneficiation.

And what about the future of the planet, given the much touted theory that carbons are the cause of global warming?

“The claimed global carbon crisis, with oil as derivative culprit, is a greatly oversold type of anti-oil politics, without sufficient anthropogenic causality. Africa would be wise to avoid buying into its proponents’ policy mandates, economic distortions, and the huge costs it would impose with related implications for the continent’s 1-billion inhabitants.”