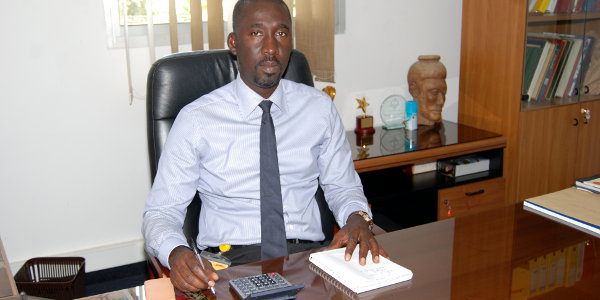 Senegal is experiencing increasing commercial activity, driven by oil and gas discoveries, and the government’s accelerated infrastructure development initiatives. How we made it in Africa spoke to Abdoulaye Thiam, country manager for DHL Express in Senegal, about business opportunities in the West African country.

Name some of the trends impacting the business environment in Senegal.

Over the last two years there has been a lot of talk about oil and gas, as increasing exploration has led to new discoveries. The country is emerging as a potential oil producer, and this is creating excitement among the business community as confidence rises in the future of Senegal’s economy.

A number of large international oil and gas services companies have already entered the market – including Schlumberger, Halliburton and Baker Hughes. With companies like this comes all of the infrastructure that they start building, and the equipment that they import. It’s really changing the economic environment. It also provides opportunities for local companies, as much of this new activity calls for specialised services.

A second trend is the new infrastructure being put into place, which is one of the pillars of the Plan Senegal Emergent (Emerging Senegal Plan), the country’s development blueprint. It has led to huge investments in highways; the new Blaise Diagne International Airport in Dakar, which is still being completed; and a regional express train, on which construction will begin later this year.

A new city is also being built in Diamniadio, tell us about this development.

Diamniadio Valley is a new city being built next to the town of Diamniadio. The city is being built to ease the congestion in Dakar, where roads are narrow and housing is limited. It will function as a second economic hub, serving as a place for new schools, housing and offices.

The project demonstrates to foreign investors that there is room for them to establish headquarters, with amenities and recreational facilities such as hotels and golf courses. Several government ministries are also relocating to Diamniadio. It will be an attractive place to work and live, for both foreign and local investors.

Mining still presents many business opportunities. Senegal has rich gold, iron and uranium deposits. And in the coming years, the country will be in a position to produce more than 7% of the world’s zircon output.

Another opportunity is agriculture, which is still doing very well. Senegal has seen notable increases in the production of staples like rice and millet. However, there is still room for improvement in curbing our reliance on imports. We should be self-sufficient in our rice production, for example, and I believe that this could happen in a few years’ time. Our cash-crops include ground nuts, sugar cane and cotton, as well as a number of fruits and vegetables – especially green beans – which are sold to local markets, as well as exported to Europe.

Describe some of the challenges foreign investors can expect to encounter.

The taxes and duties can be complicated for foreigners. The government needs to perform a tight balancing act between collecting sufficient tax revenues for the country’s development needs, while ensuring that they don’t act as a deterrent.

Otherwise, the country is safe. It’s a well-respected democracy, and the courts are considered just and functional, whether for citizens, government officials or foreign investors.

What is the one tourist attraction businesspeople shouldn’t miss when visiting Senegal?

Gorée Island will be of interest to those wanting to learn more about the sad history of slavery. My favourite place to go on holiday is the Saloum Delta, an area with 200 islands featuring mangroves and a dry forest. It is a UNESCO World Heritage site.