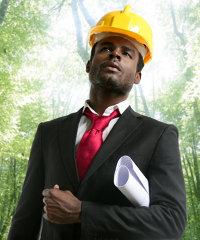 The same theory applies to leadership. There isn’t enough of it to go round and we can’t just make it.

Leadership isn’t just providing a flag for people to run to. The flag is useful in that it provides a single rallying point, but the rallying point has to be a sensible one. It would be pointless asking people to gather behind a policy, which doesn’t work. In other words, your leadership has to be informed by knowledge of the “system” which you are trying to manage or condition … or even control.

There doesn’t seem to be a lot of great leadership around anywhere right now. In South Africa we have miners dying for lack of leadership. You can, of course, argue about the nature of that leadership failure – whether it is that of the mine owners, or the miners’ leaders, or Julius Malema arriving with the ideological cavalry after the battle. Or you might ascribe it to long term leadership failures by the national administration, but however you slice it, at Marikana people died and better leadership – somewhere – would have stopped it.

Perhaps mine managers didn’t understand the motivational dynamics of their workers, what is known as the “psychological contract” between employer and employee. Possibly, national and regional leaders were unaware of the system of tensions developing in society. It sounds a technical issue, but the effect is to dilute, to defocus leadership. That’s not a purely technical issue.

Europe is different, but you can see it there, too. The national leaders are, after a shaky start, providing a single focus for action, clear agreed policies for economic, financial and monetary reform. Good. Nice bit of flag waving. The only problem is they don’t know whether the policies proposed will work. Why not? Because no one knows what is happening in the economic or financial system. There is huge disagreement about the causes of the recent financial catastrophe. One can argue that the fundamental causes were (variously): national over-burden of personal debt, bankers’ greed; regulatory failure; political over-influence on free–market mechanisms … I could go on. The issue is that the leadership thing, the flag waving, only works if you know what’s going on.

The very system of economic and financial stability has changed. We all thought that the pre-2007 regulatory and motivational assumptions would provide a stable financial system. The fact is that they could provide stability, but in some circumstances didn’t. Just a change of one letter … would to could.

Unfortunately the change from definite stability to conditional stability alters the whole set of assumptions that underpin the policy around which we are expected to rally. The leadership, in the narrow sense of providing focus for frightened investors and tax payers, is illusory. It is not underwritten by a sound view of the world. It is as if Europe were rallying to a flag placed in a quicksand.

The different stories of Europe and South Africa show that to lead effectively you need two strengths. Of course you need that personal knowledge and awareness of your effect on others that really good leadership and management programmes offered by business schools give you. World class leadership programmes, including MBAs, require you to engage in long periods of self-reflection, guided by older colleagues. You engage in theory of course, but the real strength of these programmes is that critical self-awareness. Leadership in that sense is no accident. Nelson Mandela wasn’t born a leader so much as being made one by his long walk to freedom.

So you can’t buy leadership. But you can invest in the personal and technical skills which bring out your own innate qualities and capacity. If more leaders in Europe made that investment we may have had fewer headless chickens running financial policy over there and, here in South Africa, we might very well have had fewer people dead at Marikana.