While there is a blossoming scene of young, African tech and mobile start-ups, these entrepreneurs face a number of challenges, such as financing and skills. 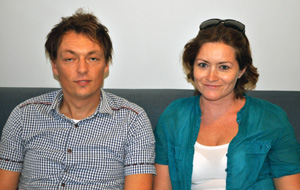 88mph funds mobile web start-ups that are targeting the African consumer. The company launched in Kenya’s capital Nairobi in 2011 and have since raised three funds to invest in 23 start-ups, with the last fund being introduced in South Africa at the beginning of this year. According to Sylvia Brune, 88mph’s programme manager in Cape Town, there is considerable opportunity to invest in African tech and mobile start-ups.

“It’s really exciting. Of course we are here because we think that this is where our time is best spent in this day and age. This is where we think investors’ money is best spent – where they can expect a much larger return on investment in markets that are growing at 7% a year, over markets like the US and Europe growing at 1.2% to 1.5% a year and where you already have insane saturation of products and services. I mean, there is nobody growing. How many more Twitters and Facebooks can you introduce into that system?”

The African Development Bank (AfDB) estimates that the continent’s mobile penetration was at around 65% in 2011 and that the mobile industry contributes US$56 billion to the regional economy, around 3.5% of total GDP.

“I mean Africa is the mobile generation,” she continued. “They leapfrogged the laptop and everything that sort of came between the microprocessor and the mobile phone, they just kind of skipped over all of that and just went straight to the mobile phone.”

Kresten Buch, founder of 88mph, told How we made it in Africa that the decision to launch the start-up accelerator and investment fund in Africa, and Kenya specifically, was due to the fact that he lacked confidence in the traditional developed markets.

“During the very early-stage, you have to have a long term perspective of 5-10 years… And I just don’t have a lot of faith in Europe or the US in a 10 years perspective, and I think that there is not a lot of opportunity,” he explained. “And of course there are more investors in the US and Europe than there are obviously in Africa, so if you are starting out as a seed fund or as an early-stage [investor] it actually makes sense to go where there is growth and less competition.”

It was Google that approached Buch with the idea of expanding to South Africa, after 88mph had launched in Nairobi. “They sponsored us with a generous sum of cash in order to help our expansion into this market and then they sponsored both the space in Nairobi and the one [in Cape Town], enabling us to, of course, invest in a lot more start-ups than we would have otherwise been able to invest in,” said Brune.

Buch is looking into expanding 88mph to Nigeria, which he said is the next logical step. “The economy is just too big to [ignore]. I mean if you want to be in Africa, I think you need to be in Nigeria.”

The challenge of financing tech start-ups in Africa

Services, like M-Pesa, have proven that companies can benefit considerably from developing solutions specifically for an African context. However, Brune added that financing remains a major challenge for these start-ups, mainly because they lack the business skills and experience that investors are looking for.