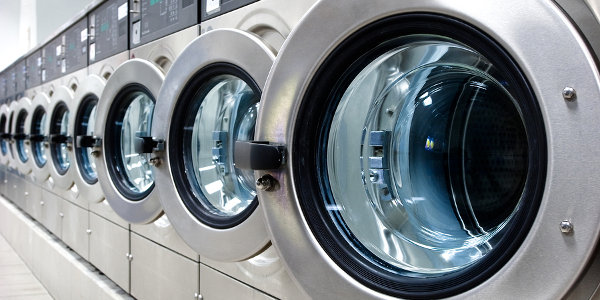 Janet Otieno and Femi Odunuga, two of the co-founders of Kenyan on-demand laundry and home cleaning service Kisafi, say one of the biggest lessons they’ve learned running a start-up is the importance of being fully present and involved in their business.

They discovered this the hard way. During their fifth month of operations, the Nairobi-based founders travelled to Kampala to try and expand the business to Uganda.

However, their timing couldn’t have been worse. “Volumes spiked that weekend. I don’t know how these things happen. Volumes spiked. Things were being mixed up. People were actually missing their laundry. Stuff was not delivered. There was no water. Everything that can go wrong, went wrong. Everything just fell apart,” says Otieno

She had to cut short her Kampala trip to deal with the situation back in Nairobi.

“We had to stop everything. We had to stop taking orders for like two weeks. We had to close to sort out the mess. We just learned that… you cannot take your hands off the pedal. So you are better growing slower and better, than faster and shoddy,” notes Odunuga.

But somehow they managed to salvage the situation. “We recovered most of the clients… We called all of them,” says Odunuga.

Kisafi launched in July 2016, and currently handles over 1,000 orders a month.

Through the Kisafi app, customers can specify which type of service they require: hand wash, machine wash or home cleaning. Laundry is picked up from the client, and returned within 48 hours. To clean homes, professional cleaners are sent to the client’s residence.

Hand washing is done by casual staff, while machine washing is sent to vetted launderettes. For home cleaning, the company recruits people who have worked in the hospitality sector.

One of the initial challenges was winning customer trust. “To inspire trust, we have a damage coverage – if an item is lost, we either replace it or we can give you the cash,” explains Odunuga.

Kisafi has also put in place measures such as taking ‘before’ and ‘after’ pictures of laundry to ensure everything is accounted for.

“We have people with a lot of laundry and they don’t know what is inside the bag. So eventually someone tells you they are missing an item, but they didn’t actually send it. So we had to send them before and after pictures of the stuff that has been cleaned,” says Otieno.

Odunuga describes Kisafi’s target market as the “emerging affluent”, who are willing to trade money for time. “They want to hang out with their family and friends, rather than stay at home doing four hours of cleaning. Now if that four hours is worth more than 750 [Kenyan shillings] to you, then by all means you will take up our services.”

Initially, the service was targeted at bachelors and single women, but along the way they discovered it appealed to a larger demographic. For example, they didn’t think the wealthy would take up their offering due to the fact that they already have domestic workers who do the cleaning. This assumption, however, proved false.

In addition, Kisafi has been attracting hotel guests – predominantly business travellers – despite them having access to hotel laundry services.

Although clients outside Nairobi are also demanding Kisafi’s services, the company is cautious of expanding due to a lack of suitable partners in many of these smaller cities and towns. The founders cite their recent expansion to Thika (an industrial town 40km from Nairobi), where they had to stop operations due to low-quality service from their local partner.

Other territories in the pipeline is Uganda, where the service is currently being tested, and Nigeria, which will be tackled once the economy stabilises.