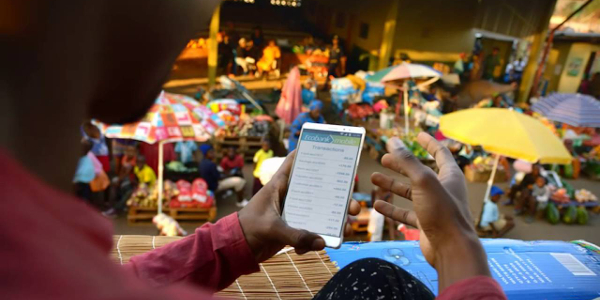 The advent of fintech has blown Africa’s unbanked market wide open but no one knows yet who the big winners will be in capturing this massive emerging opportunity. Will it be the banks? The telcos? Fintech companies themselves? Will maverick players like the messenger platforms come out of nowhere to snatch the unbanked market from under everyone else’s noses? Or will some of the players connect the dots and form smart partnerships among themselves?

Adding to the excitement and uncertainty swirling around fintech across Africa is how countries’ regulators – especially central banks, competition authorities and communications sector regulators – will respond to this new phenomenon that is turning the financial services sector on its head. Will regulators move swiftly and soon to regulate fintechs, and perhaps hobble them in the process, or will they wait and see, and perhaps find that the horse has already bolted?

These were some of the topics up for debate at the “Fintech in Africa: Unpacking Risk and Regulation” conference hosted by pan-African law firm Bowmans in Johannesburg last month.

Speakers and panellists represented a cross-section of stakeholders, from fintech innovators and cybercrime experts to investment companies, academic think tanks, legal experts in financial regulation from South Africa, Kenya, Nigeria and London, as well as African regulators, including the South African Reserve Bank and the Ugandan Communications Commission.

The upshot of the day was that fintech – from mobile payment services to cryptocurrencies, crowdfunding and blockchain technology – has exploded onto the financial services scene in Africa, bringing opportunities and challenges that no one could have predicted. Much work needs to be done to ensure that the opportunities this brings are not overshadowed by the challenges.

Who’s going to get there first?

“In Africa, the only way to serve the massive unbanked population is digitally. The question is: Who is going to get there first? Who is going to own this space?” said Danai Musandu, an investment associate at Goodwell Investments in South Africa, who spoke at the conference.

She said Goodwell’s research has identified five types of players with the potential to capitalise on Africa’s unbanked populations: fintechs, the banks, telecommunications companies, messenger platforms and online retail companies.
Each of these players have their own strengths that could smooth their way into the wallets of the unbanked, and weaknesses that could hold them back, said Musandu.

“The banks have a lot of balance sheets and know-how. Telcos have the data and know exactly what you are doing but they don’t know how to do financial services. Then there are the fintechs; they have the technology but they don’t have the cash to serve mass unbanked populations,” she said.

“Another really important player is the messenger platforms like Whatsapp. Can you imagine if they decided to switch on financial services?” she said, adding that some of these platforms already had the knowledge and capital to do so. Online retail companies like Alibaba should also not be overlooked.

But it seems unlikely that any of these players could succeed in grabbing the unbanked market all on their own.

“Dealing with mass populations and the unbanked in developing countries is a very tricky business,” says Musandu. “It’s all going to be about leveraging smart partnerships, such as fintechs partnering with banks or with telcos.”

She and other speakers emphasised the importance of appropriate regulation of the fintech space – something that regulators are grappling with.

Regulators grapple with the unknown

“In Kenya, M-Pesa holds more money than the entire banking system. But if the Central Bank of Kenya had required the regulation of M-Pesa before it was launched, we would probably not have what we have today,” said Kamami Christine Michira, partner at Bowmans in Kenya.

She was describing the rise and rise of M-Pesa, Kenya’s mobile money system, which has become so pervasive in the economy that the government recently used it to raise debt. It is not only a money transfer but also a payment system, and its applications are becoming increasingly sophisticated.

“M-Pesa’s success in Kenya was born out of a felt need, and that is probably the best way to get things moving,” Michira said. She recalled how city workers wanting to send money home to their families in rural areas used to rely on hit-and-miss methods such as giving envelopes of cash to bus drivers, and holding thumbs that the money would actually reach their loved ones.

While the Kenyan regulatory framework is relatively well equipped to deal with the traditional financial services sector, it is much less comfortable with the dynamics of fintech.

“The regulation of mobile money is only being implemented and largely follows the market practice. It is a steep learning curve for the regulators,” she said, referring to the plethora of challenges that fintech is bringing to the fore for regulators. Among them are concerns about data privacy, consumer protection and competition issues.

“Technology has made the services not only pervasive but almost ‘real time’ so much faster that everybody is still catching up – and the regulators are probably feeling it more so than the rest because traditional methods of regulating are being rendered irrelevant.”

One of the biggest challenges facing regulators, she said, is how to become as real time as the markets – a shift that could compel them to revisit their skills bases.

“Financial services have traditionally been about the economy but fintech has brought technology into the centre and regulators will have to look at the way they are staffed. Bureaucracy will be another huge challenge,” Michira said, explaining that it would be important to break down traditional regulatory silos and encourage partnerships, such as between central banks and communications authorities.

Change around the world

Several speakers offered an international perspective on fintech, making it clear that African regulators are not alone in grappling with the challenges that fintech presents.

“Big players (in financial services) are used to regulation. Start-ups are much less used to it and can be reluctant to actively engage with regulators,” said Cyrus Pocha, a senior associate at London law firm Freshfields. The prevailing thinking among many start-up fintech companies appeared to be that if they kept their heads down, they might not be noticed.

The influx of these new players and their new ways of doing business is forcing regulators everywhere to change their way of regulating, he said. “Regulators in the United Kingdom, United States, Australia and Asia are making it clear they are in listening mode to understand how to facilitate fintechs for financial inclusiveness and to understand where the risks are – for consumers and also for the players.”

“It’s like trying to adapt a jet to a steam train station,” Cooper said, pointing out that financial services regulation was typically geared for protecting economies from fiscal shock rather than taking financial services to the masses. “No wonder there are isolated pockets of inclusion and broader pockets of exclusion.”

Echoing these sentiments, Kirsten Kern, Partner in Bowmans’ banking and financial services regulatory practice, noted that while the protection of consumers is always going to be important to regulators, onerous regulation can inadvertently serve to shut the most vulnerable out of the market.

Not all fintechs are start-ups

Another factor to take into account is that not all fintech companies are fledgling businesses, says David Geral, head of banking and financial services regulatory at Bowmans.

“When we talk fintech, we often imagine start-ups but at the same time, a lot of those who are venturing into this space are established financial services providers or insurers who are looking to launch either existing products or adaptations of existing products – in a different way and to a new market. Or they may be looking to themselves ‘leap frog’ by launching innovative products or investing into licence-holders in other jurisdictions.”

Geral says a regulatory balance is needed as far as fintech is concerned. “The focus is often on the extent to which the regulatory environment supports fintech start-ups and venture capitalists, yet focus should also be on the extent to which existing banking and financial regulations restrict the ability of large, established financial institutions to innovate despite having the capital and human resources to do so.”