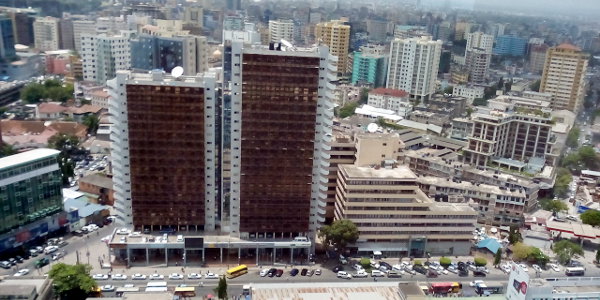 Investors may be wary of the twin deficits and rising debt ratios of east Africa, but they share many of the characteristics of emerging market (EM) swans such as Korea or Taiwan back in the 1960s. We believe east Africa is ripe for industrialisation.

When the biggest African economies exhibit little or no growth, and acute exchange rate tensions, many might overlook the continued boom in east Africa, with Ethiopia, Kenya, Rwanda, Tanzania and Uganda all still expected to grow by 5-8% in 2016-2017, according to the IMF.

But some are concerned that this growth is coming at too great a cost in terms of large fiscal and current account deficits. They question the sustainability of this growth, pointing to the lack of manufacturing, the reliance on agriculture or foreign aid, and wonder how enough jobs can be created to keep the lid on potential political instability.

All of the above could also be said of Korea in 1960, when manufacturing was small, agriculture represented 40% of GDP and exports were a feeble 3-5% of GDP. Yet crucially, 27.5% of children were attending secondary school, which allowed Korea to escape poverty within a generation. All bar nine countries in Africa exceed that level today.

Demographics were positive like Africa today. The government was committed to boosting investment, but probably had not reached the 29% of GDP level that is the (unweighted) current average of Ethiopia, Kenya, Rwanda, Tanzania and Uganda. Yes, Korea was running a large current account deficit during the 1960s, as it had too few domestic savings, but during their initial growth surge, deficits of around 10% of GDP were normal for all the most successful middle income countries. Investment-led growth is an ugly duckling before it matures.

But where is the industrialisation?

Much of Africa (but especially east Africa) is ripe for industrialisation, and there are signs it has begun. In 2012, just four of the 14 sub-Saharan African countries we focus on were self-sufficient in cement. Today we think it is at least 10. Twelve of the 14 countries have seen electricity production rise by 30-131% over 2008-2013 against population growth of 15-21% and further capacity is under construction. New rail lines are connecting Nairobi and Addis Ababa to the ports of Mombasa and Djibouti respectively.

What we need to see next is a shift into low technology manufacturing such as textiles. Exports of these represent just 1% of GDP for Kenya or Côte d’Ivoire and 0% for another 12 countries (curiously, the value of Kenya textile exports is double that of Ethiopia). But Bangladesh exports textiles worth 14% of its GDP, and sells more in a month than all 14 African countries combined can export in a year. Yet in the coming five years, we think sub-Saharan Africa will compete with south Asia to capture market share from Vietnam as it moves up the valued-added curve, gradually discarding a US$44bn export generating sector.