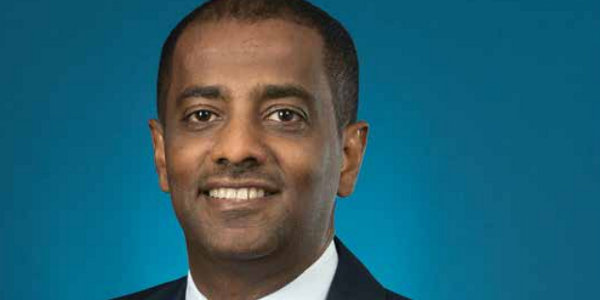 Doing business in Sudan has never been straightforward. Its vast size – until recently, it was the largest country in Africa – and underdeveloped infrastructure present supply chain and distribution challenges, and sanctions and trade restrictions have also limited growth opportunities.

What’s more, the south of Sudan became an independent nation in 2011, leading to further challenges. With it went much of the country’s oil, as well as 8 million people and their buying power.

Yet somehow, the family-owned DAL Group has not only survived but thrived. “We’re having to do pretty much everything ourselves, such as investing in many of the existing shops and in retail distribution,” says Ihab Daoud Abdellatif, managing director of DAL Food. “But it’s not stopping us growing; we get used to it and are able to find solutions.”

DAL Group is Sudan’s largest conglomerate, with a workforce of more than 7,000. The company operates across multiple sectors, including agriculture, engineering, real estate, medical services, education and automotive. DAL Food is the largest part of the group in terms of business volume.

A prime example of DAL Group’s innovative approach to growth is its investment in rail transportation, an efficient way of moving goods in such a big country. “We have our own trains, wagons, trucks and depots all over Sudan, which gives us regional presence and helps in overcoming logistical challenges,” Abdellatif explains.

“We see our operations and capabilities, which vary from supplying to manufacturing to distribution, as something that give us a competitive edge,” he explains. “It would be difficult for someone to recreate the systems we have developed over the years, which are based on years of experience and a unique understanding of the country.”

In recent months, Abdellatif has been busy integrating what were previously four business units – agriculture, dry food, dairy and beverages – into a single, coherent agri-food company. Part of his strategy has been to acquire state-of-the-art manufacturing equipment and increase the proportion of raw materials that are sourced locally.

“It’s a journey for us,” Abdellatif says. “We still need to import quite a bit, but maximising local sourcing is a strategic priority for us.”

He is also eyeing opportunities overseas. “We don’t only want to export; we feel we should be using our knowledge of operating in a challenging environment to develop businesses in countries similar to ours,” he says. “That’s not to say our focus on Sudan is any the less.”

Indeed, DAL Food is building a factory to spray-dry gum arabic, a basic ingredient in food and beverages that Sudan, which produces most of the world’s supply, has historically exported in its raw form.

Abdellatif is particularly proud of Zadna, DAL Food’s brand of sorghum flour. This essential ingredient, used in traditional Sudanese bread and porridge, was increasingly being replaced by wheat products until Abdellatif had the idea of making sorghum more convenient to use.

“Consumers used to go to a small mill, grind the sorghum and take it home,” he explains. “It had a short shelf life, just two to three weeks, and it wasn’t the easiest product to use.” So DAL Food developed a technology for the commercial milling of sorghum – the first company to do so in Sudan.

With this industrial breakthrough, the company successfully revived a traditional household favourite. Says Abdellatif: “We will continue to invest in leading-edge technology in Sudan as long as it gives our consumers the convenience to enjoy their favourite traditional food affordably.”

Devising innovations in food technology is a long way from Abdellatif’s training as a civil engineer. After completing a master’s degree in Management Science in London, he returned to Sudan and went to see his brother Osama, chairman of DAL Group, with a view to joining the business their father had founded in the 1960s.

Many people who join their family firm have to start at the bottom and work their way up, and Abdellatif was expecting to do the same.

Instead, Osama announced that his brother’s first venture into the corporate world would be as a general manager of DAL Group’s new agricultural services company. “All we had when we started was some machinery and assets, and I was asked to lead,” Abdellatif recalls. “It was a huge challenge. I had no experience in management, nor in agriculture.”

Fortunately, his first degree gave him the tools to tackle the job. “Being an engineer was a good training for management,” he says, “because the way engineers think about their surroundings is very logical, and in management you also need to be very logical.”

Another skill he had to learn was people management. “When you first start, you feel you can do it alone; you have ideas and dreams, but then you learn that it’s all about your team,” he says, adding that this can be a long process.

“Building a strong team spirit and an organisation that shares your desire, commitment, values and beliefs – you can’t achieve that overnight.”

CSR: a way of life

As he has grown into management, Abdellatif has embedded corporate social responsibility (CSR) in the company’s way of doing business. “I’m passionate about CSR and social partnerships,” he says. “I believe it’s a way of creating uniqueness, and there’s a good feeling when you create a business with ethical values.”

One example is DAL Food’s bakery development project. “When we started in the bakery industry, there were many challenges,” Abdellatif explains. “Bakeries were using potassium bromate, a harmful ingredient that has been linked to cancer. The Government tried hard to stop them using it and even passed legislation. We took a different approach.”

Investing in a bakery development center, DAL Food developed the flour itself and trained 5,000 bakers and housewives every month in safe baking techniques, transforming the entire industry as quality and hygiene measurably improved.

Meanwhile, in the dairy industry, DAL Food commits to buying farmers’ milk at market price while giving them technical and veterinary support. The milk collection model is a perfect example of how CSR and social partnership have been integrated to create a business model that the company and the community are very proud of.

Positive feedback from these initiatives has encouraged Abdellatif to do more, creating a positive cycle of giving.

“We’ve introduced the idea of social partnerships to link our brands to traditional food because that will always be the most popular in any country,” he says. DAL Group has also launched projects aimed at preserving the heritage of Sudan, including archiving, cultural forums and events at which they record traditional music.

Despite the challenging business environment, Abdellatif is positive about Sudan’s future. “I’m optimistic because I feel that we’ve passed the most difficult times,” he says. “I think the opportunity is there to reduce Sudan’s isolation and allow it to play its full part in the international community.”

And you can be sure that DAL Food, with its focus on innovation, will be ready to capitalise on whatever opportunities present themselves.