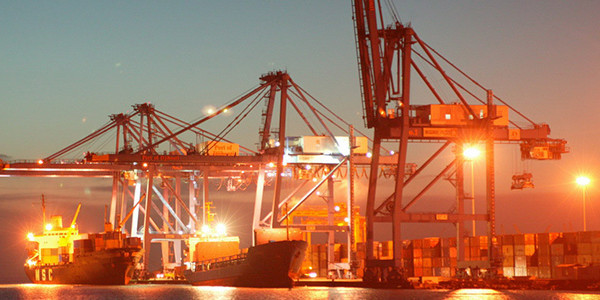 China’s Belt and Road Initiative (BRI) is stepping up a gear, with new BRI-related projects estimated to be worth US$350bn over the next five years. This is according to a new report by Baker McKenzie and Silk Road Associates – Belt & Road: Opportunities & Risks.

According to the report, various African countries along the BRI have the potential to provide major opportunities for investment. These countries particularly include Kenya, Tanzania, Ethiopia, Djibouti and Egypt.

The report explains how BRI (also known as One Belt One Road (OBOR)) is primarily divided between the overland ‘Belt’, the classically defined Silk Road that stretches from China to Europe, and the new, maritime Silk Road. The maritime Road is a densely populated consumer and industrial opportunity. Like the landlocked Belt, it also connects China and Europe, but differs in that the Road passes through Southeast Asia, South Asia, the Middle East and East Africa, a region that is home to 42% of the world’s population and 25% of its GDP, excluding China.

The report states that multinationals from all countries can expect to find significant opportunities in the maritime Road regions over the coming decades, irrespective of the success of BRI.

Kieran Whyte, head of the energy, mining and infrastructure practice at Baker McKenzie in Johannesburg, says that for investors in Africa, “A big attraction of the Belt and Road Initiative for both governments and project sponsors is that it assists the speed of project implementation. Project stakeholders advise that the whole process is a lot quicker than other options”.

The report outlines East Africa’s integral role in the BRI, owing to Djibouti’s ports, Ethiopia’s manufacturing, and the region’s existing plans to connect rail, road and energy networks. It also details how key opportunities in Africa with regards to BRI will be transactions related to major projects in the power and infrastructure sector and related financing. China’s construction of power plants and transmission lines in East Africa is expected to be a game changer for local industry.

BRI infrastructure projects in East Africa include the recently opened railway in Kenya between the port city of Mombasa and the capital, Nairobi and the Karuma Hydroelectric Power Station, a 600MW hydroelectric power project under construction in Uganda. Port connectivity is also expected to improve significantly in the next five years thanks to BRI.

Chinese government data indicate that 50 Chinese SOEs have already invested or participated in nearly 1,700 projects in Belt and Road countries since the initiative was launched three years ago. This number is set to grow significantly in the next five years, particularly as private Chinese interests and international partners begin to invest in the wake of these SOEs.

Ben Simpfendorfer, founder and CEO of Silk Road Associates, said: “A tangible shift in Chinese commercial activity in the BRI region over the past six months should now leave no doubt about China’s intention to see BRI become a defining force in the global economic landscape, for decades to come.”

While infrastructure development has been the primary driver of BRI activity to date, this new report identifies sectors including technology and telecommunications, manufacturing and eventually consumer goods and retail as all starting to play a larger role in BRI over the next five years and beyond.

The report notes that the telecommunications sector is expected to develop in Africa as China’s smartphone and household electronics brand owners begin to expand into the region.

The report encourages companies to begin exploring BRI opportunities on offer now, while international partners are being widely sought by Chinese investors.

Stanley Jia, chief representative of Baker McKenzie’s Beijing office, said: “While BRI was seen at its inception as predominantly the preserve of Chinese SOEs, funded by Chinese banks, and staffed by Chinese workers, the sheer scale and ambition of the initiative means there will be plentiful opportunities for those local and multinational companies that can work hand in hand with Chinese organisations for mutual benefit, particularly as the next wave of Chinese investment arrives.”

BRI is also not without risk for those companies that are investing in and working on BRI projects. Those risks include foreign investment restrictions, antitrust regulations, tax, local employment and environmental laws, as well as political risks in some jurisdictions. Baker McKenzie is uniquely placed to support organisations with BRI ambitions, with an on the ground presence in more countries than any other law firm along the Belt, and the Road.