Investors in Africa’s agriculture sector must ensure that they conduct their business in a socially responsible manner that takes into account the interests of the host country and local communities. This should not be seen as a burden, but as a way to mitigate risk and ensure long-term project viability, says Jorge Maia, head of the research and information department at South Africa’s Industrial Development Corporation. 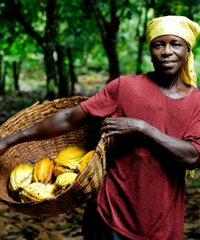 Large-scale agriculture operations should recognise the interests of small-scale farmers.

Speaking at the recent 5th Africa Economic Forum held in Cape Town, Maia said that less than one quarter of the total land available for rain-fed crop production in Sub-Saharan Africa is currently under cultivation. Around 45% of the world’s available and uncultivated high-potential cropland is situated in Africa. In addition Maia noted that over 50% of the land potentially usable for the expansion of cultivated area worldwide is found in 10 countries, six of these countries are in the African continent; they include Sudan, the Democratic Republic of Congo, Mozambique, Madagascar, Chad and Zambia.

Underpinned by strong global demand for food, there has recently been substantial interest to invest in farmland on the continent. Investments in African agriculture have taken largely the form of land purchases or long-term leases. Interest in Africa’s land has in recent times predominantly come from the Gulf states, China and South Korea. It has been private sector driven, although often supported by governments.

It is in the interest of the whole world to make a success of African agriculture. “Not only does Sub-Saharan Africa have the natural resources to feed its 1.13 billion people and fast-growing population . . . [it also] has the potential to make a substantial contribution to the global demand requirements for food, which are growing at a rapid pace,” Maia noted.

“Responsible agricultural investment should recognise and respect land and related resource rights. It should follow a consultative approach, promote good governance, contribute to food security as opposed to just a focus on exports, support the development of local communities and smallholder interests and of course be environmentally responsible,” Maia explained.

While large-scale farming should be encouraged in Africa due to the benefits associated with farm-size optimisation, it could, however, put pressure on smallholder farmers, pushing them into abandoning the sector altogether.

“Large-scale farming should . . . ensure sustainable agricultural and rural development and . . . [be] supportive of smallholder farming productivity,” Maia said. He added that outgrower or contract farming schemes could help with this.

Maia explained that it is the host country’s responsibility to attract the kind of investment that is suited to the needs of the country and will maximise the benefits for the local economy and population. Governments should negotiate the investment criteria with all interested parties, covering issues such economic and socio-economic impacts, the development of value chains, as well as the effect of the investment on the environment. “They should all form part of the package,” Maia said.

From an investor perspective, these matters should not be seen as obligations. “At the end of the day, they should be seen as investment risk mitigation for these operations going forward. They will actually bear fruit in the long run, and it is in [the investor’s] interest to [comply],” Maia added.