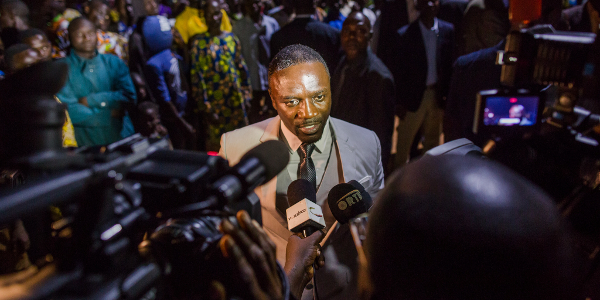 In February 2014, Senegalese-American R&B singer, songwriter and businessman Aliaune Thiam (known by his stage name, Akon) announced the launch of Akon Lighting Africa – together with his two business partners, entrepreneur Samba Bathily and political leader Thione Niang. The initiative aims to bring solar powered solutions to millions of Africans who are not connected to the electrical grid, with the goal of establishing a presence in 25 African countries by the end of 2016.

In just over a year and a half, the venture has established projects across 15 countries, which include solar-powered street lamps and domestic kits for households and villages.

“Everything we are doing is all solar or renewable energy-based, and we are just trying to figure out how we can power Africa,” Akon told How we made it in Africa.

“Right now our main focus is the street lamps… And with that hopefully we can grow the home systems… We will be building a full solar mini grid in all these villages that will lead into the cities and we will be able to integrate it to the main grid. We should be in a position where we can preserve a lot of that energy that is being sent back into the grid ultimately – that’s the main goal.”

Other products, such as solar-powered tablets, are also being deployed to drive education. These can be powered on the domestic and community solar electrical kits, along with other devices such as telephones and fridges.

Akon added the initiative will also roll out its “smart schools” project, where solar-powered systems will be implemented in schools across the continent.

“And then in the villages we also have the solar water pumps which create water filtering and clean water systems, which are also fuelled by the solar systems that we have. And from the agricultural side we have the solar irrigation systems,” he highlighted.

“So we try to put [these systems] in place where it can make profit from the solar, will be able to operate properly, and will have enough power… and as things go on we will do hydro-projects too… We have a project that we just inaugurated which is indeed related to hydro.”

“We are trying to find the most cost-effective way to be able to distribute energy toward Africa; a way that people can fully afford it and it is not a financial strain on the local space there. We are just creating different ideas, different projects, partnering with different people, and all these innovations so we can create a sustainable energy project for all in Africa,” Akon continued.

His initiative makes use of public-private partnerships to finance and set up solar-energy projects. These include partnerships with both local and foreign investors, African governments and civil society organisations.

One of the co-founders, Bathily, is also the CEO of ADS Global Corporation, one of Akon Lighting Africa’s financial partners. Chinese conglomerate SUMEC Group Corporation is also a financial partner, supplying solar systems and contributing to the $1bn credit line raised at the start of the project together with international banks and financiers. This helps African governments invest in big projects and service debt over extended periods of time.

According to Akon, the perception that investors will struggle to get their money back in Africa is one of the reasons why ambitious financing of similar projects has been so scarce on the continent. And part of the problem has been Africa’s lack of infrastructure.

“If you have money in the bank that you want to invest in Africa, your first question is, ‘How will I make that back and secure my investment in an area where there is no infrastructure?’

“So naturally it is very clear why too many people have not invested in Africa and that’s one of the main reasons why we are pushing so hard to get energy into Africa. Because without energy you can’t built infrastructure there,” he continued.

“We are creating a secure umbrella for people that want to invest in Africa, secure their investment and partner up with the right people around the world – trusted brands that will guarantee those loans and those investments for the people that come in to contribute to Africa’s development.”

The three founders of Akon Lighting Africa are also the founders of Solektra International, an energy solutions company and one of initiative’s technical partners.