PepsiCo, one of the world’s largest food and beverages companies, is actively looking at engaging Africa’s agriculture sector as it increases its footprint on the continent, while at the same time trying to transform itself into a healthy foods company. 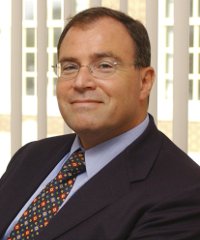 Better known for brands such as Pepsi-Cola and Lay’s chips, PepsiCo wants nutritious foods to contribute more to future revenues. The company aims to boost sales from what it calls its ‘good-for-you’ ranges from the current $10 billion to $30 million within the next decade. “We have made a clear pledge to increase the number of whole grain, fruits, vegetables, nuts and low fat dairy [products] in our portfolio,” said Dr Derek Yach, PepsiCo’s senior vice president of global health and agriculture policy at a recent conference in Cape Town.

“Consumer trends are changing, and people are looking for more natural and healthy products,” explained Susan Logue, director of research and development, in a corporate video. PepsiCo already has healthier products such as Quaker oats and Tropicana juice in its portfolio.

A greater focus on nutritional foods, however, requires stronger links with the agriculture sector. “[This] means drawing more heavily on the agriculture supply chain,” said Yach. With PepsiCo’s stated intention to boost its activities in Africa, the company is therefore likely to play a more active role in farming on the continent. This could see the firm getting involved in numerous areas, from the financing of agriculture projects to providing technical expertise.

PepsiCo is also interested in using indigenous African crops for its products. “Our view is that the indigenous crops of Africa represent a huge opportunity for both improving the livelihoods of farmers . . . and also maybe giving us clues to ingredients that would have important implications for improving the long term health and nutrition of people. The question is how do we structure this in a way in which it doesn’t remain simply a small niche business, but actually gets commercialised,” Yach said.

A new way of doing business

Under the leadership of CEO Indra Nooyi, PepsiCo has embarked on an ambitious agenda called Performance with Purpose, which aims to promote world nutrition and environmental sustainability, while not forgetting about the firm’s own bottom line.

Yach said that companies need to invest more in the environment and the health of people. “Not just for corporate social responsibility, but as a key component of doing business.”

According to Yach, the role of private companies such as PepsiCo is fundamental in providing better nutrition and food security. “Not the private sector from a philanthropic point of view, but the private sector bringing its core capabilities, all the way from agriculture, research and development, enhancing post-harvest food production . . . to consumer insights and marketing. If we bring all these capabilities to the table . . . I believe we can see a future where optimal nutrition could become the norm,” he said in an earlier interview.

PepsiCo is investing in research to identify key nutrient-dense staple crops, which can be used in locally produced nutritious foods and snacks that it wants to sell to underserved and low-income communities in Sub-Saharan Africa.

Yach explained that increases in agricultural output do not always lead to better nutrition. An example of this is Malawi, where farmers managed to dramatically increase their grain yields, moving the country from a grain importer to exporter. This has, however, not significantly improved the nutritional status of many Malawians. “Clearly there must be structural problems in Malawi that aren’t being addressed. The increased food is clearly not reaching the people who need it most and that is a very important lesson for many of us as we move ahead.”

More thinking needs to go into how agricultural productivity will benefit nutrition. Yach says that “the world of agriculture and the world of health and nutrition rarely talk to each other”.

One of the reasons for the company’s strong focus on environmental issues might be because it has an impact on agricultural activities, which in turn affects PepsiCo’s own production. Citing a report by the United Kingdom’s Foresight team, Yach noted that “the scarcity of water and many climate change issues  . . . will affect crops – where they can be grown [and] their sustainability.”

Packaging is another area that is starting to become an issue for PepsiCo in terms of the environment, especially in emerging markets. “Many of our efforts to address bio-degradable packaging have yet to come to many developing countries. In the US we have now got a 100% compostable package for some of our food products and we have just launched . . . what looks like a plastic bottle, which is . . . entirely bio-degradable.”

PepsiCo’s grand ambitions of merging good nutrition and environmental sustainability with strong financial performance might sound like nothing more than good PR, however, the zeal with which the company is promoting the plan, suggests it actually sees it as crucial for the long-term future of the business. It will be interesting to see how all this pans out on the continent.