After almost two decades of civil war, Mozambique is rapidly emerging as one of the fastest growing economies in Africa. Economic growth is expected to average around 8% over the next few years, inflation is slowing from 8% in 2012 to an estimated 6% by 2016, and current account deficits are declining as a proportion of gross domestic product (GDP) to around 4.8% by 2016. Moreover, the country is enjoying a period of remarkable stability. 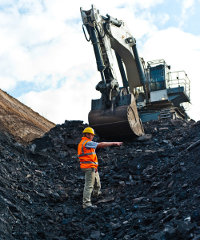 Frelimo, the ruling political party, has been in power since the cessation of violence in 1994 and – barring a sudden reversal – is widely expected to be reelected in the parliamentary and presidential polls slated for 2014. Under their oversight, the country has made significant steps towards economic stability with increased focus on key sectors such as resources, infrastructure and agriculture and the promulgation of supportive regulation in areas such as the development of Public Private Partnership (PPP) frameworks and mining concessions.

Natural resources will play a central role in driving the economy forward over the next few decades. Mozambique enjoys one of the largest deposits of coal in the world, much of which is export grade coking coal. Already, some of the world’s largest international mining organisations are active across the country and particularly in the mineral-rich Tete province.

While much investment is already being poured into these and other concessions, export capability is currently being strangled by poor infrastructure linking the mine pits to export markets. In response, many of the global companies operating in the region are actively seeking agreements with the government to build transport and logistics infrastructure, including dedicated bulk railway lines and expanded or rehabilitated port facilities.

Rio Tinto has plans to develop a 500 kilometre rail link along the Tete-Beira corridor and expand the Beira port which currently boasts a capacity of just 1.2 million tons per year. Rio Tinto is also in the process of developing another corridor – the Zambeze Valley Integrated Transport Corridor – as the Sena line will not be sufficient to evacuate all of the coal extracted from the Tete region. The other major player in Mozambique, Vale, is proposing development of a new 912 kilometre rail line which would lead (through part of Malawi) to an existing port at Nacala where the company plans to develop a new coal terminal worth upwards of US$2 billion.

There have also been substantial off-shore gas discoveries in Mozambique which will further develop and fund growth in the country, ensuring Mozambique as one of the largest resource-based countries in the region.

The power to progress

Power generation is another key priority for Mozambique’s government and a critical requirement for the country’s fledgling mining and agriculture sectors. At the same time, the government has indicated its intention to electrify the entire country, which will bring exponential demand onto the already stretched generating capacity.

It is estimated that all district capitals will be connected to the national grid during 2013 or 2014. With this in mind, distribution improvement initiatives have begun as well as the implementation of prepaid electricity meters to improve revenue collection.

Here, again, the country’s rich natural resources will form the basis for the solution. With Tete’s abundance of coal, two new power stations are now being planned: the Benga Station which will eventually generate 2,000 megawatts (MW) of power and the Moatize Station which will produce 1,800 MW.

At the same time, a cogeneration independent power producer (IPP) is being established, primarily by the mining majors who already run significant generating stations at their pits. Mozambique has one of the largest hydro-power generating potentials in the region of which 2,075 MW are currently in operation at Cahora Bassa South Bank. Several other power projects have been identifiedwhich will contribute to unlocking the 5,000 MW potential offered by the Zambezi River. In addition, it has been estimated the total unexplored hydro potential in Mozambique could be close to 12,545 MW.

The presence of gas in the country has already led to the development of the Sasol gas pipe from the Inhambane province through to South Africa. Other companies such as EDM, Investec, Gigawatt and MGC are in the process of developing gas-powered projects to benefit from Mozambique’s abundance of natural gas.

One of the most pressing challenges, however, is the need for a national power grid that can efficiently distribute power across the country. Due to poor connectivity within the country, much of Mozambique’s current power capacity is actually exported to South Africa and then re-imported back into the country at higher prices. In response, a new transmission backbone line is being planned, though the process is still at early stages.

While much activity is currently underway in certain infrastructure sectors such as transportation and power, the country has seen little activity in other key areas including education, public health, waste, water and public buildings. In part, this is because the country is still largely reliant on foreign aid with little to no additional funds available to channel into capital investments of the size and scope required. Progress is also being hampered by a lack of skills and capability in domestic infrastructure contracting and development. Nevertheless, both of these challenges should slowly fall away in time.

Improving the country’s export capacity will lead to increased government revenues which can then be reinvested into other infrastructure sectors across the country. Experience building new rails, power plants and ports should also help to enhance the country’s domestic capacity for development.

Clearly, Mozambique holds a wealth of opportunities for foreign investors, developers and contractors. And while there is undoubtedly still some residual risk involved in investing in emerging economies such as Mozambique, all evidence points to the fact that this will likely become a market for foreign infrastructure players over the next decade.