Angola’s capital Luanda was this year again ranked as the world’s most expensive city for expatriates in consulting firm Mercer’ 2011 Cost of Living Survey. 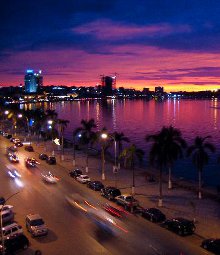 It appears that the main reasons why Luanda was ranked as the most expensive city are because of the high costs of goods and steep rental accommodation rates. “Goods are very expensive, generally speaking, in Luanda . . . In Luanda rental prices beat records, and over there a house may cost more than US$20,000 per month,” commented Mercer’s Marie-Laurence Sépède.

“Finding good and secure accommodation for expatriate employees is a real challenge in most of the African cities on the list and costs can be significant compared to other regions,” said Nathalie Constantin-Metral, a senior researcher at Mercer.

Every year the survey is conducted for companies and governments who send employees abroad.

Mercer has developed a basket of goods and services that contain over 200 items. “The basket includes categories of items such as food, clothing, transportation . . . but of course a very important element of it is the accommodation. The accommodation rental prices are highly weighted in the survey . . . [and] contributes a lot to the ranking of the city,” said Sépède.