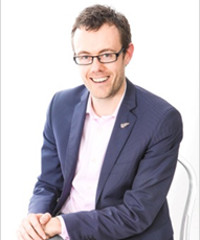 This example was highlighted by Carl Bates during a Business Partners seminar in Cape Town, South Africa concerning the difference between product and promise in business. Bates, a New Zealand-born business speaker, mentor, author and global entrepreneur, is the founder and managing director of business advisory and solutions company Sirdar Global Group (and is also CE of the Sirdar South Africa Group).

“If you think business is about creating money you will never create the wealth you could otherwise create in business,” explained Bates, noting the irony in this statement. “If you understand that business is not about making money, it’s about delivering a promise, you will fundamentally change the game.”

He added that the role of an entrepreneur should be to undertake a promise to consumers and the role of the enterprise should be to hold that promise. “The most successful businesses on the planet understand the context of promise.”

Another example of an enterprise that understands the importance of delivering a promise in business is Disney World, which Bates said holds the promise of creating magic. “The way Disney operates – in everything they do – demonstrates the use of their promise.”

For instance, the way Disney World disposes of its rubbish.

This, explained Bates, is an example of how Disney sticks to its promise of creating magic for consumers, no matter what.

But, he added, in a room full of people who have heard about Disney World, only one person has heard about Knott’s Berry Farm. Bates said this was because the one delivers a product while the other delivers a promise. He recommended that every entrepreneur reads Creating Magic by Lee Cockerell.

“Disney is about the concept of promise. They understand that their business is about creating magic. The challenge for us as entrepreneurs, if we truly want to succeed, is to understand the difference between product and promise and choose the game we want to play,” he concluded.