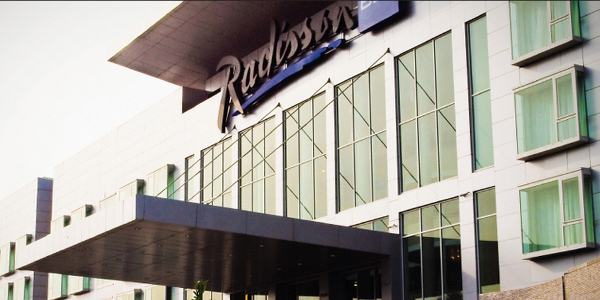 Hotel group Marriott is leading the way this year in terms of new hotel developments in Africa, according to Lagos-based consultancy W Hospitality Group.

In its 2015 Hotel Chain Development Pipeline Survey, the group revealed that Marriott has 36 hotels planned.

Carlson Rezidor, with brands such as Radisson Blu and Park Inn, comes in second with 32 hotels, while Hilton Worldwide takes third place with 29 in the pipeline. Starwood, whose brands include Westin and Sheraton, has 21 new properties planned, while the African-focused hotel group Mangalis (a new chain with brands such as Noom, Yaas and Seen) has 17 hotels on the horizon. Mangalis was launched in 2013 and its first hotels are expected to open this year – its flagship Noom Hotel in Guinea’s capital Conakry and Yaas Hotel in Senegal’s capital Dakar.

However, in terms of number of rooms in the pipeline, Hilton Worldwide takes the lead with 7,250 planned, followed by Carlson Rezidor (6,953) and Marriott group (6,412).

Carlson Rezidor’s Radisson Blu brand leads in terms of both number of hotel developments (22) and rooms (5,372) in the African pipeline. The Hilton hotel chain comes in second with 16 planned developments and 4,965 rooms, followed by the Marriott hotel with 11 new properties and 2,316 rooms.

Africa’s largest economy, Nigeria, has the most number of hotels in the pipeline across all the chains, with over 8,500 rooms in 51 new hotels. The survey highlights that this is “more than the entire pipeline in Central Africa and East Africa combined”.

The hotel development pipeline for sub-Saharan Africa, with 49 countries, is growing much faster than the North African region, with only five countries. However, it was only in 2011 that the sub-Saharan region marginally overtook North Africa in terms of new hotel developments, and only in 2013 did it overtake in terms of planned number of rooms.

“As another benchmark of interest, there is an increasing number of hotel investment conferences on the continent,” stated Trevor Ward, managing director of W Hospitality Group.