Food security is a problem for many regions around the world, including the Middle East. The World Bank estimates that 60% of the world’s uncultivated arable land is in Africa, placing the continent’s role in agricultural production at the forefront of global discussions. 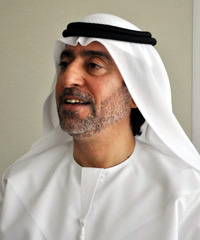 One of the economies that is eyeing Africa’s agricultural potential is the United Arab Emirates (UAE). According to H.E. Hisham Abdullah Al Shirawi, chairman of Economic Zones World in Dubai, Africa has the solution to the UAE’s limited food production capacity.

“Food security is a major issue for us in the UAE and in the region in general. As you know we are part of the desert region of the world with water scarcity and scarcity of fertile soil. So any agriculture activity here in this part of the world is a challenging affair, and a costly one.”

However, Africa has fertile soil and water resources for agriculture. “As a matter of fact, one of the sayings that we have is that in Sudan, if you are eating a fruit and you are walking and you spit [out] one of the seeds, you can come back after a year and find a tree that has grown, without any effort,” he said. “For us to do anything [like that] we have to allocate a lot of effort, management, time, money…”

According to 2011 statistics, South Africa was the 13th largest supplier of Dubai’s food imports, but was the only African country to make this top 20 list. However, Al Shirawi envisions establishing huge farms in countries across Africa to provide agricultural produce to the UAE economy. He said that the overall farming potential in Africa is endless. “I mean, you name it. What is it that people in the world want that is not available in agriculture in Africa? Probably nothing.”

For this reason, Al Shirawi believes that the UAE should invest in the continent’s agricultural sector.

“So these things are available in Africa in abundance and it is to our benefit to enter into a certain strategic partnership where we can create jobs and economic development for African countries, not just South Africa, but many other African countries, and at the same time attain our food security requirements.”

Al Shirawi said that one of the reasons that this strategic partnership does not currently exist between the UAE and Africa is due to past experiences with bureaucratic governments.

“That bureaucratic process first of all delays the project, increases the costs, makes it uneconomical and creates lack of confidence.”