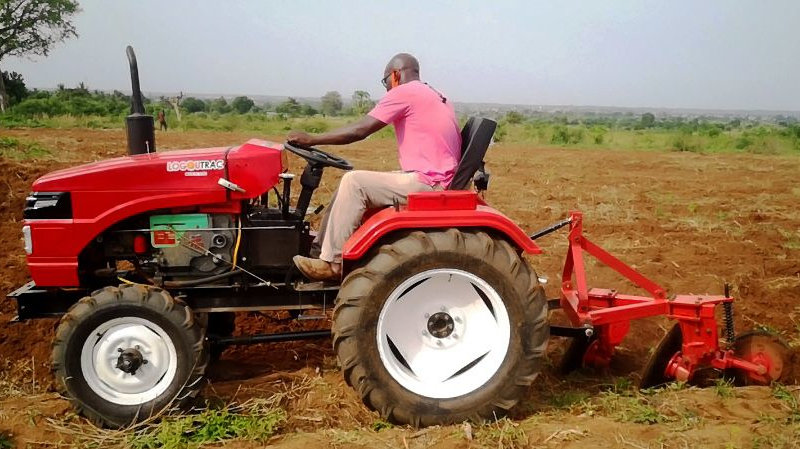 Demonstration of the use of the mini tractor by its inventor on a maize field. Photo: Blame Ekoue

First, he received awards for inventing the Foufoumix, which brings relief from hours spent pounding foufou. Then, Minsob Logou invented a mini-tractor, tailor-made for local conditions. Now, he wants to sell it across the region.

Seeing imported agricultural machinery – often paid for by government or donors – lying discarded due to the unavailability of local servicing or parts was enough for Minsob Logou to invest his time, money and energy into a local solution for farmers. The result: the Logoutrac mini-tractor. It’s a step out of the kitchen and into the field for this Togolese inventor.

Better known in Togo and the region as the “father of Foufoumix”, Logou requires little introduction to those who keep an eye on the world of African invention. As early as 2002, Logou was honoured for his work by the World Intellectual Property Organisation and in 2014, he placed second at the African Innovation Awards. His desire to invent is deep-seated.

“The story started from a passion that I had from an early age for all things related to technology. Since the benches of the school, I had this thing in me for all that is technological. I have to try to see how they were designed, how we arrive at what we design can respond to a given functionality. This is what gave me all this knowledge today, which far exceeds what I learned on the benches,” Logou explained.

Born into a large family, his position as an engineer at Togo Telecom, though coveted, was not enough to stop the inventor from resigning to devote himself to finding solutions full time. His first big win came with an invention that allows cooks at home and in restaurants to replace hours of strenuous work – the Foufoumix. The industrial-looking kitchen unit has been a hit in West Africa to such an extent that knock-offs are now produced in China. Logou tries to provide local solutions to local problems.

“The basis of my research to be able to create a product is the observation of my community. When I see that they are in need of something, I can create machinery to make it easier for them to obtain a result in order to improve performance and make their lives better,” he said.

That was the thinking behind his latest invention, launched recently at his small factory located on the outskirts of the Togolese capital, Lomé. Logou describes his mini-tractor – which sports the Logoutrac brand – as a “made-in-Togo mini-tractor, a versatile, powerful and resilient machine”.

The prototype for the tractor was built using salvaged parts, with the idea that doing so would help buyers easily access spare parts. But due to high initial demand, the young Togolese engineer quickly took the next step. 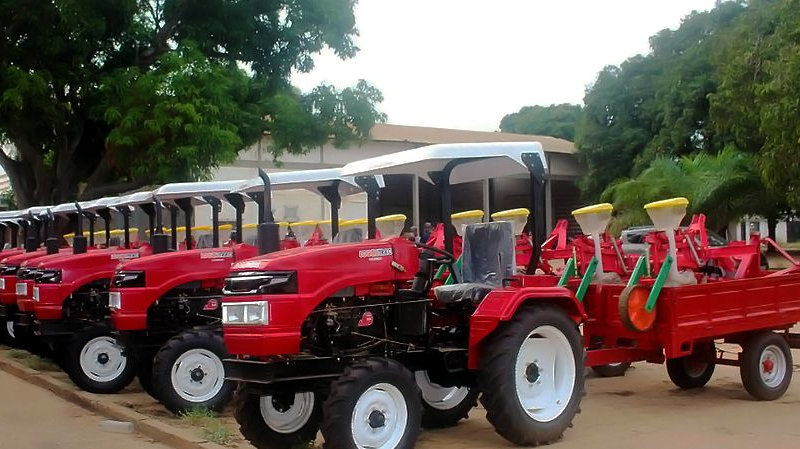 “I can’t stay in recovery or recycling anymore and I am now manufacturing some of the spare parts of this machinery myself,” he explained.

Logou said that the initial idea for the mini-tractor came from his frustration at seeing the vast amounts of money that are used to purchase foreign agricultural machinery, only for it to be abandoned because spare parts are too difficult or too expensive to purchase locally.

“The solutions that we import from elsewhere, most of the time, fail to meet our needs. So we end up with problems in agricultural mechanisation. Big tractors don’t last long in the field before they break down. And when they stall, first, the expertise to detect the breakdown is a problem and the same spare part must be ordered from the parent company, which is quite complicated,” he lamented.

Sellling at seven million FCFA (the equivalent of around $12,000), the mini-tractors are built for a regional market as well as a local one. That is why Lougou is looking carefully at the implementation of the African Continental Free Trade Agreement (AfCTA) to which Togo is a signatory – and which should help him sell his inventions across Africa. Currently, there are trade barriers in place which prevent significant exports.

“People are showing interest but so far, there has been no international export. We should do it but the problem is free trade between African countries,” fumed Logou.

Currently, Logoutrac equipment is sold by agricultural groups and the Togolese Ministry of Agriculture. A lower-cost option is already in the works.

“Since the cost is not within the reach of all farmers, we are working on a tiller for those who cannot afford it,” Lougou explained.