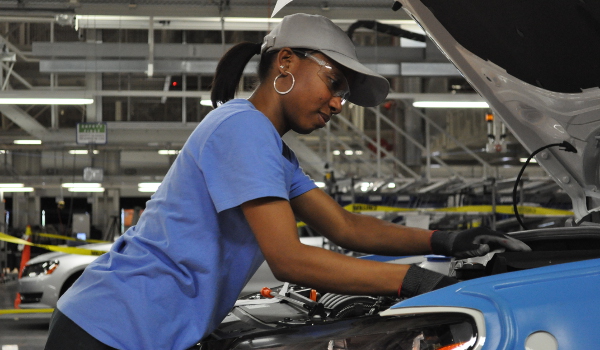 African Continental Free Trade Area (AfCFTA) supporters are betting that full tariff liberalisation of the vehicle manufacturing and food processing sectors will unlock billions of dollars in regional trade as the continent stands to reap the benefits of the world’s largest single market.

Vehicle manufacturing and food processing have been touted as the next big drivers of intra-African trade as the single largest world market, AfCFTA, readies to enter its second implementation phase in less than a month.

A new report, Reaping the potential benefits of the African Continental Free Trade Area for inclusive growth, by the United Nations Conference on Trade and Development (UNCTAD) shows vehicles have the largest untapped export potential of $1.4 billion, followed by sugar ($1.3 billion) and fish and crustaceans ($1.1 billion) processing.

Anticipated population and economic growth, as well as tariff liberalisation under the AfCFTA, are seen unlocking these sectors, with a potential multi-billion dollar windfall for African economies.

Lately, there has been a fresh demand for new vehicles on the continent, driven by a rising middle class with a taste for new vehicles – at the expense of second-hand vehicles imported from overseas markets like Dubai and Japan.

Research firm, Mordor Intelligence shows that by 2023, west and north African countries will be key drivers of growth in the automotive sector with Morocco and Ghana being touted as the next-biggest players, adding to sales from South Africa, which is currently responsible for 85% of all vehicle sales in Africa. South Africa and Morocco both have hugely ambitious vehicle export strategies.

When it comes to food, Africa’s fish market will be driven by a huge preference for tilapia, with Aqua-Spark’s new Aqua Insights report showing the continent will consume up to three times (29 million tonnes annually) the amount it does now, through 2050 – up from 10 million tonnes currently.

“The sectors gaining the most from the tariff liberalisation are the ones that also promise to have a growing export potential based on supply and demand developments over the next five years,” said the report.

By 2025, the UNCTAD report projects intra-African trade will rise by $9.2 billion through partial tariff liberalisation under the AfCFTA.

In November, AfCFTA Secretary-General Wamkele Mene said 41 states that have signed and ratified the agreement have committed to eliminating import duties of 97% of goods traded on the continent and addressing non-tariff barriers over a phased period, under the liberalisation of trade.

GDP and population growth are expected to boost supply and demand for goods and commodities to unlock the bulk of the untapped trade and investment potential ($13.3 billion) while removal of current market frictions in African trade could yield up to $8.9 billion.

Smaller African countries have the largest potential to unlock the trade billions but are overshadowed by their bigger peers in absolute terms due to their significantly larger economies.

According to the report, Cape Verde, Equatorial Guinea and Gambia have the largest projected untapped potential.

These countries, together with Somalia and South Sudan are all expected to increase their export potential in Africa by more than 100%.