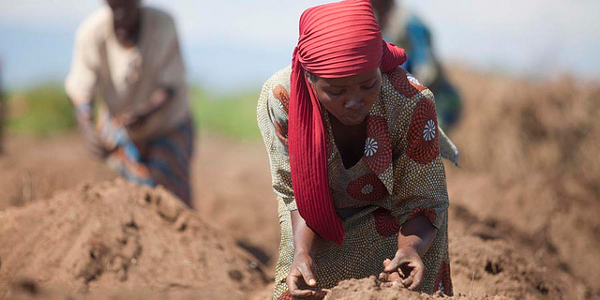 Due to the recent fall in crude oil prices, export earnings from crude oil has reduced significantly. This has triggered conversations around the critical role agriculture has to play in diversifying the economy.

Increase in yield per hectare, and land expansion, are two factors which determine growth in agriculture. In Nigeria however, land expansion has been the primary driver of growth. Yield per hectare has been low, because of poor and limited farming inputs, such as seedlings, pesticides and fertilisers. Moving further down the value chain, processing and marketing activities have been plagued by poor infrastructure, low investment, and unfavourable government policies.

According to the FAO, Nigeria is the sixth-largest producer of cocoa globally, with a production volume of 248,000 tonnes of cocoa beans. However, only 30% of the cocoa beans is processed, with the remaining exported. In 2014, processed cocoa generated US$144m. Based on an extensive review of the cocoa value chain, we identify significant scope to increase production by at least 70%, driven by an increased supply of improved seedlings, pesticides and fertilisers.

Cocoa processors are underutilised, as local buying agents (LBAs) and cooperatives prefer to sell cocoa beans to merchants, who offer a higher premium than processors. Introducing an appropriate tariff on cocoa beans exports to disincentivise LBAs and cooperatives from selling to merchants could be a policy for upgrading processing in the cocoa value chain. Dairy on the other hand is a major import for Nigeria. In 2016, it accounted for 6% of the total food import bill. With an estimated annual consumption of 1.7 million tonnes, Nigeria’s milk production is low at 0.6 million tonnes. To close this production deficit, a significant amount of foreign exchange is spent on the importation of milk. In recent years, an average of $480m has been spent on milk imports annually.

In dairy value chain, we have identified production as a key upgrade segment, and suggest breed improvement as a strategy to increase dairy production. Establishment of suitable grazing reserves, provision of extension services, setting up milk collection centres, improved access to pasture and water will also enhance dairy production. To promote import substitution in the dairy industry, a stronger integration between the pastoralists and processors should be encouraged.