Africa’s agriculture potential is staggering. The region has about 60% of the world’s uncultivable arable land. Some 50 years ago, it was a net exporter of agriculture produce. These potentials have helped foster economic growth and sustained livelihoods of millions of people. 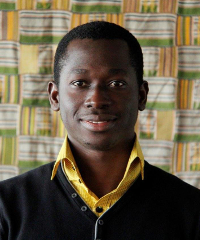 “African governments are aware of the need to expand financial investments in agriculture. They have tied themselves with several declarations meant to boost budgetary allocations to agriculture. But sadly these governments have only managed to implement their own declarations with rhetoric,” writes Stephen Yeboah, a research fellow at the Africa Progress Panel.

But the trend has changed. In a dramatic turn-around, Africa today imports more food than it produces to feed itself. Agricultural exports have shrunk and now accounts for just 2% of world agricultural exports. This change has come with greater costs. The lives of about 70% of rural people who depend extremely on agriculture are at risk of poverty and food insecurity.

Africa is riding the crest of a decade of strong growth, averaging about 5% per year. This is impressive. Of course, growth has failed to lift millions of lives out of poverty and food insecurity. The disconnect between high economic growth and poverty reduction continues to baffle policy makers and development partners. This is happening because Africa has not fully harnessed the potentials agriculture has. Now everybody is concentrating on extractive resources – from African policy-makers to donor governments to development partners – to the grim neglect of agriculture. But we are paying the cost of this neglect. Millions of women, men and children go to sleep on an empty stomach. Malnutrition is ravaging the future of millions of children.

The challenges facing agriculture are enormous. Of these challenges, one stands out. There is chronic under-investment in agriculture in several countries in sub-Saharan Africa. Today, smallholders still depend on rain for irrigation. They use simple tools denying them the opportunity to increase production. Those who manage to produce under these strained conditions have limited access to market. These challenges exist because governments invest very little of their budgets in agriculture.

African governments are aware of the need to expand financial investments in agriculture. They have tied themselves with several declarations meant to boost budgetary allocations to agriculture. But sadly these governments have only managed to implement their own declarations with rhetoric. Today, only about 14 countries have fulfilled their commitment – set out in the Maputo Declaration in 2003 – to spend at least 10% of national budgets on agriculture.

For development to happen in Africa, leaders ought to reinvigorate agriculture. They must scale up supports for smallholder farmers, who contribute to more than half of food production in Africa. We cannot afford to squander the abundant potentials of agriculture while we look elsewhere for the solutions to end poverty and hunger. African governments, donors and development partners must increase financial investments in agriculture not only to drive poverty and food insecurity down, but at least to fulfill their own commitments set in beautifully-crafted declarations, not least the Millennium Development Goals.

One thing is clear: the economic transformation Africa is looking for cannot be found in gold, diamond, oil and gas. The transformation lies in agriculture. Improving the productivity of agriculture is central to addressing poverty and driving social and economic development.

But what is it about agriculture in Africa today? Agriculture co-exists with poverty and food insecurity because policy-makers have failed to invest. It is time for leaders to rethink their commitments to financing and boosting agriculture.

I end with a quote from Jawaharlal Nehru, Indian statesman and first prime minister: “Everything can wait but agriculture cannot wait!”

Stephen Yeboah is a research fellow at the Africa Progress Panel.