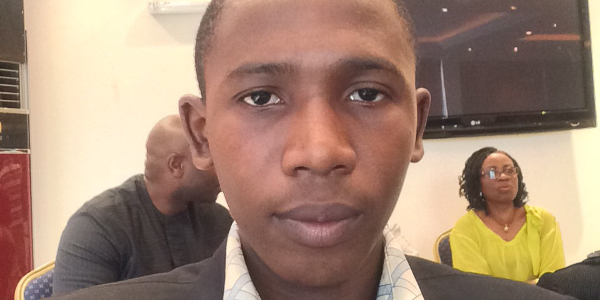 Beat Traffik, co-founded by Odionye Confidence and Jessica Omoro, is a mobile app aimed at reducing the time it takes commuters, mainly car owners or drivers, to reach their destination in Nigeria.

The app crowd-sources regional reports regarding traffic jams and accidents, from other commuters in the user’s location and up to 8km ahead. These reports, also supplied by the Lagos State Traffic Management Authority (LASTMA), will be analysed offering alternative routes – thus avoiding, or at least minimising, congestion.

The app also has an interesting advertising model, whereby businesses can pay for app users to see advertisements, relevant to their immediate location, pop up on their map. This includes business deals, services and goods. In addition, Beat Traffik offers a subsidised rate for SMEs.

As of now it only operates in Nigeria, but the founders have plans to expand across Africa. They also aim to incorporate a system that allows users to pay for traffic fines through the mobile app.

How we made it in Africa interviewed Confidence regarding the beginning, the growth, and the future of Beat Traffik.

Initially we were funded by our family whose investment was used to pay for transportation, food and clothing, while we did the necessary research over a nine month period. We were part of the 1,000 most promising business ideas in Lagos State to receive funding from the Lagos State government after being identified as an innovative and viable business idea by the Ignite Business Ideas Contest. An angel investor, Mr Audu Maikori, the president and founder of Chocolate City Group, also invested in us. These have been the main sources of funding of Beat Traffik.

The money will be used to increase our online infrastructure and improve the technology involved in getting the traffic reports. We will also actualise our traffic fine payment system which is in the prototype stage. The money would also be used to attract more users and expand to other cities within the shortest period.

Lack of users and lack of funds.

Social media, especially Twitter… We have been able to increase our followers from 32 to over 1,000 within just three months. These new followers are also beginning to sign up for our application.

The very first day I attended Lean Startup Machine Lagos [a start-up workshop]. Fifteen start-ups where called to pitch their ideas, and the first five start-ups with the highest votes from other attendees would qualify to the next round of pitching. I came first with the highest number of votes and attracted the attention of almost every attendee. During the day I was also able to learn the major causes of Lagos traffic when we were able [to hit the streets] and ask passing motorists questions. That night I received a call congratulating me for being selected as one of Passion Incubator’s start-ups.

Another great moment was the day I received my investment from, and partnership with, Mobile West Africa.

6. What has been the biggest mistake made in your start-up, and what have you learnt from it?

The mistake of not delegating. This slowed down the production of our application and increased the workload for me. I have been able to learn from my past errors after reading John C. Maxwell’s The 21 Irrefutable Laws of Leadership, and have delegated work to my employees and partners. This translated to enormously positive results and productivity.