South African companies and brands looking to become international players, should consider setting up their headquarters in Dubai, according to Richard Harris, president of the South African Business Council (SABCO) in the United Arab Emirates (UAE). One of his main arguments for this is the geographic positioning of Dubai. 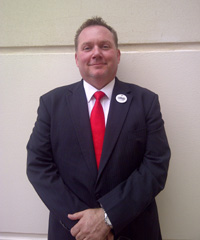 “If you think about it, South African companies can come and set up a branch here and access not only North Africa, but indirectly into Europe and the Asian [markets],” Harris told How we made it in Africa. “So if you look at it logistically and take Dubai as the centre of the world, and look at where you can go to on a six hour flight, it makes sense to have an operation here as opposed to flying from South Africa up the way the whole time. So there is business sense in opening an operation here.”

SABCO promotes and assists both South African businesses in the UAE, as well as advises UAE companies looking into the South African market.

There are currently 234 South African companies in Dubai, across various industries and sectors. Construction and engineering group Aveng Grinaker-LTA (known as Al Jaber Grinaker-LTA in the UAE) was a key player in the construction of Dubai’s Madinat Jumeirah resort, Yas Waterworld and Al Maktoum International Airport’s parking additions to terminal three. Murray and Roberts – which Harris described as “instrumental in a lot of the early development in the UAE” – was involved in the construction of the Burj Al Arab luxury hotel in Dubai.

Mugg & Bean, Nandos and the Butcher Shop & Grill represent the South African restaurant chains operating in the area. In the financial industry, Standard Bank will be officially joined by Nedbank, thanks to its international acquisition of Fairbairn. Others include Mediclinic, and Barloworld Logistics, while South African food products like the Ina Paarman range have been doing well in the market.

Other than the strategic positioning that comes with setting up a company in Dubai, South African businesses also benefit from the favourable tax regime in the region. Harris, who also owns his own life insurance business based in Abu Dhabi, said that the fact that there is no corporate tax makes the Dubai market a very attractive business environment. “I don’t pay tax on my business and I don’t pay tax on my personal income. So if I pay myself US$100, I get a $100 in the bank. If my company earns $100, we get $100,” he added. “So it’s very difficult to go and contemplate setting up an office in South Africa.”

There are indirect taxes, which Harris refers to as Western taxes. These include the premium paid on alcohol in the region. “You pay far more for beer because in general it’s only the Westerners who drink it because the Muslims shouldn’t drink it,” explained Harris.

The UAE looking to invest in agriculture in Africa

The Africa Global Business Forum will be held for two days in the beginning of next month in Dubai, and Harris said that the agriculture opportunities that exist for UAE companies in Africa will be a key talking point.

“The sustainability of the [UAE] local production of their own food, it’s just not going to work. I know that there are entities that bought land in Sudan – 60,000 hectares with what they were growing to be specifically sent back into the UAE,” said Harris. “Agribusiness is one that they are very keen on.”

According to 2011 statistics, South Africa was the 13th largest supplier of Dubai’s food imports.

Harris also mentioned that UAE business travel and tourism to Africa should be considered an opportunity for the continent because they are one of the world’s top spenders as tourists.

“They spend on average something like 3,220 dirham per day per person, that is about $900 a day per person when they travel,” explained Harris. “South Africa still has a restriction where they won’t give them a visa on entry.”

“But the other thing that the South African government and tourism board need to be aware of is the fact that they make their decision to travel very late,” continued Harris. “Sure they plan some holidays, but they are also very impromptu and the majority of [business visitors from the UAE] make their decision to travel 72 hours before travelling. And by needing a visa, if they don’t have an annual visa and go to South Africa, South Africa eliminates itself from that [market].”

“I believe that the Emirati tourist needs to be looked at completely differently,” he concluded.