Somalia, a country that has over the years mostly made headlines for violent civil unrest and piracy, is an unlikely birthplace for one of Africa’s largest money transfer companies. 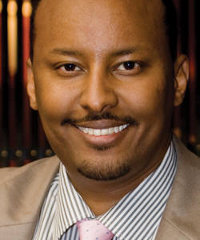 Dahabshiil, a Somali word reportedly meaning gold smelter, was born as a result of Somalia’s civil war, when those living outside the country had to send money to their relatives and friends back home. Dahabshiil has grown from just one location in 1970 to a company with an extensive worldwide network that stretches from North America, Western Europe and the Middle East, to various African countries. The firm’s head office is in Dubai, with its operations centre in Hargeisa, Somaliland. Dahabshiil currently employs more than 2,000 people across the world.

It is estimated that over one billion dollars in remittances flow into Somalia each year from the US, Europe and the Middle East. Some say that Dahabshiil is single-handedly responsible for keeping a large part of Somalia’s economy afloat financially.

Somalia hasn’t had a functioning central administration since the ouster of former dictator Mohamed Siad Barre in 1991. Most of southern and central Somalia is under the control of rebel fighters, while the western-backed government holds only portions of Mogadishu.

“A lot of Somalis depend on remittances coming from the Diaspora, it is a lifeline to a lot of Somalis,” Abdirashid Duale, Dahabshiil CEO, told the BBC in an earlier interview. “Somalis have a culture to help one another.”

The firm has set up branches and agents in some of the most remote areas in each region to help its customers in isolated places stay connected with family members.

Dahabshiil’s growth received a huge boost after the 9/11 attacks when the US government closed down its biggest competitor, al-Barakat, on suspicion it was funding terrorist activities.

The company’s customers can transfer money by presenting the amount they wish to send and the beneficiary details to a Dahabshiil agent anywhere in the world. The money is then available for collection at Dahabshiil payout agents normally within 15 minutes. The beneficiary is usually contacted by telephone or by SMS message to inform him/her that the money is ready for collection. At the payout location, the beneficiary provides details of the transaction and identification documents. The status of the transaction can also be checked online.

The company was founded by Duale’s father and current chairman of the company, Mohamed Said Duale, who started trading as a remittance broker, selling imported goods from the Middle East on behalf of migrant workers and transferring the proceeds back to their families in Somalia. “So that is how he established the foreign currency business in a way. It was on a very small scale.” says Duale.

When the civil war started, the family moved to the countryside and Duale’s farther started setting up networks for Somali’s living abroad to send money back home. In the beginning Duale’s farther personally delivered the money which meant that he had to track people down and sometimes had to hide their money in certain locations because of security fears.

The East African reports Dahabshiil has plans to provide both 24 hour online transfers and SMS notification to its customers. It has also introduced the Dahabcard, a loyalty reward scheme that allows users to earn points whenever they send money with Dahabshiil.

Dahabshiil has recently also entered the formal banking sector. Last year the company received authorisation from the Central Bank of Djibouti to conduct full Islamic banking services, which enables it to take deposits, and offer loans and advances to individuals, businesses and corporate clients.

Asked by the BBC about the challenges of running a business in Somalia, Duale concedes that the security situation is a challenge. “We employ a lot of security guards. It is very risky [and] we have lost some of our staff. We had to close some of our offices in Mogadishu. Before the civil war got worse we had about ten branches in Mogadishu alone, now it is less than that. So yes, Mogadishu is not a safe area.