A number of African cities feature in this year’s rankings of the most expensive places for expatriates. 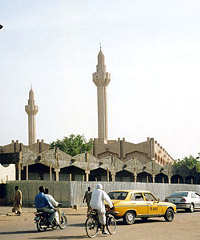 N'Djamena in Chad is the world's third most expensive city for expatriates.

According to Mercer’s 2011 Cost of Living Survey, Luanda is the world’s most expensive city for expatriates, followed by N’Djamena in third place. Libreville (12) has slipped five places from the 2010 rankings. Niamey remains at 23 whereas Victoria (25) in the Seychelles dropped 12 places as the Seychelles rupee has weakened against the US dollar. In South Africa, Johannesburg (131) and Cape Town (158) have leapt 20 and 13 places in the ranking respectively, reflecting the strengthening of the South African rand. The least expensive cities in the region are Tunis (207) and Addis Ababa (211).

“Finding good and secure accommodation for expatriate employees is a real challenge in most of the African cities on the list and costs can be significant compared to other regions. Accommodation prices are currently at record levels in cities like Luanda and this is generally the main reason why we find so many African cities high up in the ranking,” commented Nathalie Constantin-Metral, a senior researcher at Mercer.

The top 10 most expensive African cities are listed below: