Potential crude oil resources off the coast of Namibia could have a considerable impact on the country that has a population of just over 2 million. 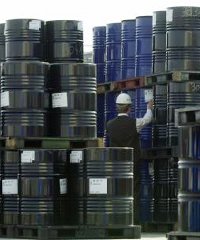 Paul Welch, CEO of oil exploration company Chariot Oil & Gas, says that if substantial amounts of oil are found and Namibia continues with its current business-friendly policies, the country could be transformed into an economy like Norway. “It will be a true gem . . . I think Norway would be probably the best equivalent to what you would expect if Namibia maintains the current path that it is on,” Welch told How we made it in Africa during a telephonic interview.

Through seismic surveys, Chariot has indentified potential oil resources of 16.1 billion barrels within the areas in which it operates. These are, however, only potential reserves and until exploration wells are drilled nothing can be guaranteed.

“[Namibia] is very much a frontier exploration area that has tremendous potential, but until you have a significant discovery, it is still going to have a large amount of uncertainty associated with it,” Welch explained.

He said that if the Namibian government’s estimates of total potential resources prove to be correct, it would put the country’s reserves on par with that of Nigeria. “The Ministry of Mines and Energy has done a study of offshore Namibia, and they have identified 44 billion barrels of potential off the coast – in areas that we have under lease and areas that other companies have under lease.”

Chariot’s activities in Namibia since 2007 will hit a significant milestone at the end of this year, when the company plans to drill its first exploration well.

Although Welch was reluctant to put a time frame on when actual full-scale oil production could begin, he said that it would probably take about three years from the first discovery. If Chariot’s first exploration well proves to be commercially viable, one could therefore expect production to come on stream in 2015.

But why is Namibia’s oil potential only now being explored? “There are two reasons for that. One has to do with the history of Namibia as a nation and the second has to do with Namibia’s geology,” said Welch.

Namibia gained full independence from South Africa in 1990; it was only then that oil and gas exploration started in earnest. Welch noted that most early exploration activities were, however, unsuccessful “because they were drilled in the wrong place”. At that stage it was also very costly for companies to drill in deep waters and they “didn’t have the kind of 3D seismic that we have today that allows us essentially to penetrate the rock and understand it much better than they could have in the early 1990s”.

Earlier exploration focused on the shallower offshore areas, while according to Welch, the real potential lies in the deeper waters.

Welch reckons that any significant oil discovery will have a “dramatic impact” on Namibia’s economy. The country is expected to benefit tremendously from royalties and taxes paid by oil companies as well as the employment opportunities that will be created.

He compares Namibia’s current situation with that of Brazil around a decade ago. “You can think of Namibia today . . . to something similar to what you would have seen in Brazil say ten years ago, where you had some small inklings of potential, but people needed to go out and drill some wells before they could prove it. [Brazil] has gone from essentially an importing country, to an exporting country with regard to crude oil products.

“The difference between Namibia and Brazil is that there are only 2.1 million people in Namibia, so every barrel discovered in Namibia is going to make a tremendous difference.”