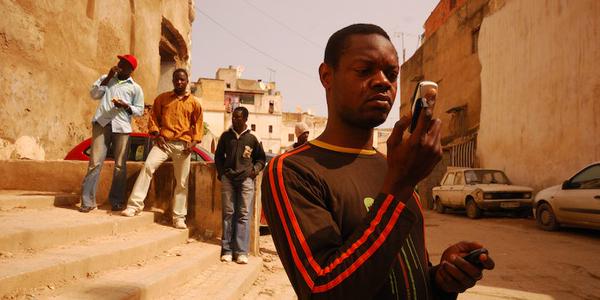 As Nigeria’s mobile penetration continues to grow, more Nigerians are turning to smartphones and other mobile devices to get their choice of videos, entertainment and news, anytime, anywhere.

Nigerians love their videos, particularly music videos. But only one-third of their viewing time is spent on television screens. More often, they prefer to watch videos on mobile devices throughout the day and into the night – an indication that video consumption is increasing because more Nigerians are switching to smartphones, according to Ericsson’s head of TV and Media in sub-Saharan Africa, Pierre Cloete.

The increased reliance on mobile for TV shows and videos is due primarily to limited, lacklustre TV offerings; slow, unreliable internet speeds for downloading and streaming; a shortfall of fixed broadband networks; the availability of low-end, reasonably-priced mobile phones; and evolving regulatory policies.

About 75% of smartphone owners watch videos on their phones, with 70% watching video content across all devices. Nigerians aged 18-24 rely on mobile to view, stream or download digital content.

That is not to say Nigeria is a fully-connected society. According to the State of Broadband 2015, a report issued by the International Telecommunications Union, only 8.5 % of households have internet access. None have fixed broadband access, and 11.7% have mobile broadband subscriptions.

Nevertheless, the country has a highly-developed mobile technology landscape.

“Nigeria has the largest amount of mobile subscribers in Africa – a new mobile subscription is activated every two seconds in Nigeria,” said Cloete in an email interview. “Mobile phones are the dominant devices in Nigeria and smartphone growth is in double-digit numbers.”

The growth in smartphone ownership and a lack of fixed broadband availability have made 2G, 3G and 4G mobile networks with data access the most popular way to connect to the Internet in sub-Saharan Africa as a whole.

Citing OVUM statistics, Cloete said Nigeria’s 2016 smartphone penetration is projected to be around 22.83% or about 43.7 million smartphone subscriptions. That number is estimated to grow to 94.9 million subscriptions in 2019.

Smartphones are Nigeria’s gateway to video consumption, said Cloete, and the two are directly related against the country’s “very buoyant video landscape and high potential for video services.”

As the high interest in digital content gives birth to new, media-related start-ups, Cloete projects that Nigeria – Africa’s largest mobile market – will expand significantly in the next three years, with growth in mobile video closely related to smartphone growth. – VOA