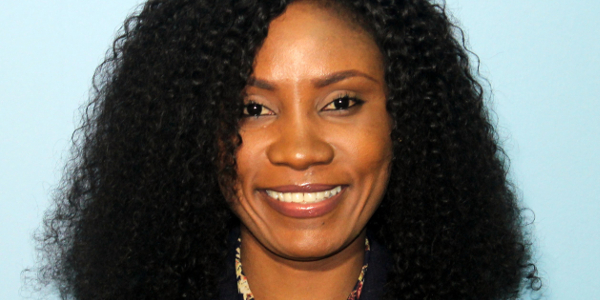 Amaka Osarieme Nwaokolo is the founder of Blue Tower House Services, a company that aims to provide affordable, quality housing for low- to lower-middle-income Nigerians.

For the majority of Nigerians, owning a home is almost impossible.

According to 2016 research by the Centre for Affordable Housing Finance in Africa, the country has a home-ownership rate of 25%, which is low, especially when compared to 73% in Kenya and 56% in South Africa. Key contributors to this include a lack of adequate mortgage-finance options and the high cost of housing, with logistical challenges and the excessive cost of building materials and land allocation increasing the price of a house.

As a result, Nigeria’s current housing deficit stands at around 17 million, which is estimated to cost US$363bn to curb. Considering this deficit is expected to increase by two million houses per year alongside population growth, and 64.2% of urban dwellers live in slum conditions, Nigeria is in need of innovative solutions to solve its housing crisis.

Amaka Osarieme Nwaokolo believes she has that solution. She is the founder of Blue Tower House Services, a company that aims to provide affordable, quality housing for low- to lower-middle-income Nigerians. For this group, the housing options are particularly limited.

Prior to starting her company, Nwaokolo spent five years working in the construction industry and realised the greatest challenge facing the housing sector was the high cost of land and building materials.

“I thought, if we can’t do anything about the cost of land – because that is beyond our control – then maybe we can do something about reducing the cost of construction, so the price the end user has to pay won’t be as high as it is right now.”

Nwaokolo’s solution combines new methods of construction alongside flexible monthly payment plans. For example, she proposes the use of aerated blocks (a lightweight, porous concrete) which she says can cut construction time by more than half, and notably reduce costs.

Her idea earned her a place in US President Barack Obama’s Young African Leaders Initiative (YALI) in 2014. And today her company is in the last stages of completing five one-bedroom houses in Abuja, which she funded through personal savings and a grant awarded from a business plan competition. Her homes are expected to be listed by the end of 2016 at a rent of up to 250,000 naira per year (about $66 per month).

According to Nwaokolo, there has already been “overwhelming” interest in renting the houses – which costs a fraction of market prices.

“We decided not to sell them because I just feel like selling right now would probably defeat the purpose. If we sell, whoever buys it will probably just refurbish it and put it on the market at a ridiculously high price. So we are just going to rent for now until we are able to stabilise the market and then we can provide the option of people renting to eventually own,” she explains.

“But the interest has been overwhelming. I mean, just the industry norm is to pay two years’ rent upfront. So just having a developer that says they can pay their rent monthly has made people very excited.”

Each house costs about two million naira ($6,340) to build and Nwaokolo expects to recoup costs within about six years.

However, she is also talking with potential investors to develop 300 houses in Kaduna State, which she says will be even more affordable to build, as a result of economies of scale.

“To make the aerated blocks, you have to bring in a machine from outside of Nigeria and it is really expensive – which is why it is more expensive to use on a small scale. You can only really enjoy the benefits of that when you are constructing large-scale projects,” she continues.

“So for the 300-unit housing development, the aerated blocks will be perfect.”