Over recent years, quiet and sleepy Mozambique has been ignored by most, but there are those who may almost want to keep one of Africa’s fastest growing economies a secret. 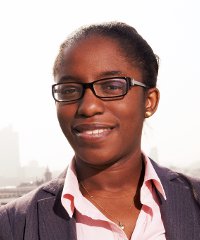 Mozambique is sandwiched by opportunity. To the west, there are the landlocked growth economies such as Zimbabwe, Malawi and Zambia, much in need of better transport and logistics-related solutions that can connect them with the sea. To the east, across the Indian Ocean, lies the full set of resource hungry Asian countries.

However, there is more to Mozambique than being just a passageway.

Mozambique not only has one of the largest known coal reserves, but according to recent discoveries, it looks like it may also harbour one of the biggest natural gas reserves ever seen.

The opportunity is so fresh that we see a big variety of global players coming into this market to tap the abundant natural resources. A few examples of this are mining giants Rio Tinto and Vale competing for coal mining concessions, while Italy’s ENI and US-based Anadarko are both coming out with discoveries of significant natural gas fields.

The next big race will be to secure airline and transport routes into Mozambique. The recent announcement that Qatar Airways are increasing the number of direct flights to Maputo International Airport, presents the most assertive of developments so far. Qatar is increasingly known to be a visionary in the field of investment, reputable for recognising untapped markets and being able to capitalise on them. They also know what to do when they smell natural gas!

As if all that wasn’t already enough, Mozambique is also a potentially enormous food basket. There is much work to be done to get the country’s agricultural capabilities up to speed and China has already been seen active in this space. More players form a variety of places are expected to arrive here to tap the opportunities in this labour intensive industry.

With around 23 million citizens, this is a society where things could change very rapidly. Mozambique has now come onto the radar of the trend setting investors.

Funmi Akinluyi is head of sub-Saharan equities at Silk Invest.