With its favourable tax regime and other business-friendly policies, Mauritius has over the years managed to attract a host of companies that use the island as a base for their foreign operations. 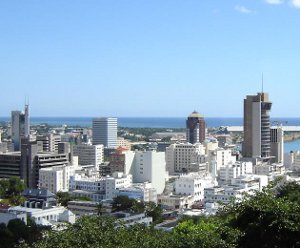 Port Louis, the Mauritian capital, is host to a number of multinational companies.

Mauritius also has double taxation agreements in place with a number of African countries which could make it an attractive platform for companies that want to do business on the rest of the continent.

Tino Saladino, who heads up the PricewaterhouseCoopers Africa Tax Desk, says in a company press release that when a foreign multinational is expanding into Africa, it often considers using an offshore holding company with a good tax treaty network with African countries, in order to help reduce withholding taxes on dividends, interest and royalties, and in some instances, gains subject to tax, in the counterparty territories.

“Mauritius is a proven route for international organisations and companies doing business in Africa,” says Thierry Adolphe, business development manager of Abax Corporate Services. “It has an established track record of political stability, modern democracy and has successfully matured from a mono-crop economy to a buoyantly diversified one, with good growth rates, successful monetary and fiscal policies and business-friendly legislation.”

“There are no exchange regulations in Mauritius and capital can be easily repatriated. There is no capital gains tax in Mauritius and no withholding taxes on dividends, interests and royalties. It has a business-friendly tax regime and access to a number of bilateral agreements with African countries amongst others,” explains Adolphe.

Since 1981 Mauritius has negotiated double taxation agreements with 35 countries, including 12 African countries. It also has another eight treaties awaiting ratification.

In addition Mauritius has signed Investment Promotion and Protection Agreements with a number of countries.

According to Adolphe these treaties foster increased flows of foreign direct investment and stimulate growth and development.

Setting up shop in Mauritius

A 2009 brochure published by HSBC and Deloitte states that Mauritius’ new simplified regulatory regime distinguishes between Mauritian companies conducting business in Mauritius and those conducting business outside Mauritius. Companies whose ultimate purpose is to provide a service or to make an investment abroad may opt for the Global Business Licence.

The brochure goes on to explain the two kinds of Global Business Companies (GBCs) investors can use as vehicles for tax structuring:

There are two types of GBCs based on the category of licence – GBC1 and GBC2.

GBC1 companies, however, cannot deal with Mauritian residents unless permission is obtained from the Financial Services Commission. Business activities must be conducted in currencies other than the Mauritian rupee. A GBC1 is generally used when overseas income is predominantly in the form of dividends, royalties, interest and capital gains and when double taxation agreement benefits are needed.

A GBC2 can carry out most business activities but only with non-residents and in currencies other than the Mauritian rupee. However, a GBC2 firm is not tax resident in Mauritius and therefore cannot benefit from the double taxation agreements. It is completely exempt from paying taxes in Mauritius.

A GBC2 can conduct any business activities other than the following: banking, financial services, carrying out the business of holding or managing or otherwise dealing with a collective investment fund or scheme as a professional functionary, providing of registered office facilities, nominee services, directorship services, secretarial services or other services for corporations, and providing trusteeship services by way of business. Companies that are engaged in invoicing, marketing and international trading activities will often use a GBC2 structure.

To operate as a GBC1 in Mauritius, a company needs to meet a number of requirements. These include the following:

Competition from other African countries

Some other African governments have also put in place policies to entice foreign firms to use their respective countries as a springboard into the rest of the continent.

A bill which aims to promote South Africa as an attractive platform for foreign businesses to expand into Africa is currently moving through parliament.

According to a document published by PricewaterhouseCoopers, the proposed measures include:

Botswana has also tried to lure foreign firms with the establishment of its International Financial Services Centre (IFSC). The Botswana IFSC aims to establish and develop the country as a world class hub for cross border financial and business services into Africa.

Botswana IFSC Companies get a discounted corporate tax rate of 15%, and are exempt from withholding tax on interest, dividends, management fees and royalties paid to a non-resident. They are further exempt from value added tax and capital gains tax. In addition disposal of shares for Botswana IFSC Companies is tax exempt. These companies also have access to Botswana’s 200% tax training rebate.