When Ugandan-born Alpesh Patel decided to quit his job at Motorola to launch his own pan-African mobile phone brand, many thought he was crazy. 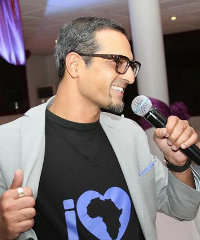 “People said we were very foolish to get into this game, asking how would we challenge all the big guys and compete with Chinese cheap knockoffs,” said Patel at a recent conference in Cape Town. “The answer is innovation. Innovation is what separates us from the rest.”

In April 2008, Mi-Fone was launched and within its first five years sold over 1.5m devices across the continent. A large part of the company’s strategy has been manufacturing low-cost handsets for less than US$100 to target the low-income majority.

However, according to Patel, it has been innovation that has taken Mi-Fone to where it is today. Having started the company using purely his own savings, failure was never an option and generating revenue from day one was imperative in order to survive.

Now, six years later and headquartered in Mauritius, Mi-Fone has a footprint in over 15 African countries. While Patel believes his company still hasn’t hit its success yet, he shared some of the innovative strategies the brand has employed to place them in the game.

Piggybacking on what is ‘hot’

The brand’s first innovation was the Mi-Obama phone, launched to celebrate the inauguration of Barack Obama, whose father is Kenyan.

“The day he became president we launched the Mi-Obama phone. I figured that if you could put Obama on a T-shirt and on a coffee mug, you could put him on a phone. We loaded it with Obama content, like an Obama-speaking ringtone, and we launched this in the western part of Kenya only, because we knew there was an emotional affinity with the US president.”

In January 2009, the Mi-Obama phone was retailing at around $30 and, according to Patel, the company sold 8,000 in just four days.

“But it wasn’t about that number. The number didn’t make us a lot of money. What happened was that we got two million web impressions,” he explained, adding that with no advertising budget for billboards to compete with the likes of Samsung, Mi-Fone had to find innovative ways of getting its name out.

“So what did we do? We just piggybacked on what was hot. It wasn’t about Mi-Fone, it was more about President Obama.”

The Mi-Fone group also recently launched the world’s first African emoticons under the brand Oju which means “face” in the Yoruba language from Nigeria. While the company had been working on its mobile app for 18 months, Patel announced the launch of Oju Africa during a stir on Twitter with celebrities such as Miley Cyrus complaining about a lack a racial diversity in Apple’s emoticons. 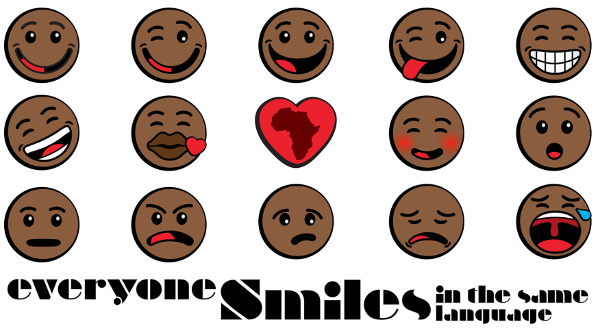 The Oju emoticons app can be downloaded for free on Google Play.

Not only are the Afro emoticons relevant to the company’s target audience, noted Patel, but the timing of their launch placed Mi-Fone in the global arena. For starters, it caught the media’s attention with headlines such as CNN’s “The African app company that trumped Apple to launch first black emoticons” – providing powerful free advertising for the brand.

“It gives us a global play as a small African company,” continued Patel, adding he envisions Oju becoming an African character brand that will move beyond the digital space and into physical consumer products, such as clothing.

Customisation: keeping ego out of it

One of the reasons that Patel believes Mi-Fone was able to generate a revenue from the start is due to a willingness to customise its offering, be flexible to meet client needs, and allow co-branding with other companies such as mobile operators.

“The day we opened in 2008 we had our first order from an operator in Ghana. And the reason we got that order is because we don’t have an ego and said: ‘No problem mister operator, you can share the brand with us on the box’. Nokia and Samsung will never do that. So that was our way in,” he explained.

Speaking the language of the target audience

In addition to the company’s innovative marketing strategies through media attention, Patel said the brand utilises social media platforms to connect with their target audience at low-cost.

Some of its advertising campaigns, which are aimed at transforming Mi-Fone from a device brand into a lifestyle brand, did particularly well on social media through parodies of some of its competitors. 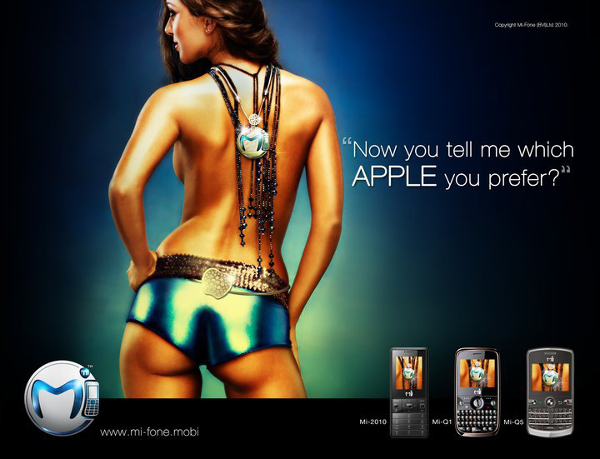 “We relied and worked heavily with social media because we believe the only way we can build a brand today is through an emotional attachment to it. Social media via music, fashion and entertainment, helps get us into the mindset of our target market which is predominately youth,” Patel added.