Africa’s mobile revolution has been the subject of discussion for many businesses which are looking to target the continent’s growing consumer population using mobile phones. One entrepreneur who describes the marketing potential of mobile phones in Africa as “absolutely huge” is South African Deseré Orrill, co-founder of digital media company Ole! Media Group. 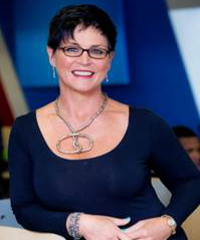 “It’s a game changer in the way advertising and promotion works… In Africa the most effective marketing tool is the mobile… and the most effective one to reach the broadest market. In South Africa there are 8m people who access the internet via laptop or PC but the balance have access to the internet via their cellphones and there is a whole generation who will probably skip laptops or PCs entirely and will only know mobile internet,” she told How we made it in Africa.

“And South Africa is just the tip of the iceberg.”

The Ole! Media Group consists of three subsidiaries. In 2009 Orrill set up MobiMedia in Johannesburg, a digital and mobile marketing agency, before purchasing TEAMtalk media, a digital sports network and news syndication agency with offices in London and Cape Town. The group then set up its third subsidiary, AddSwitch, a digital advertising sales house, soon after.

Orrill added that this year Ole! Media is considering setting up an office in Ghana, to service West Africa. “It is also becoming quite costly and time consuming to have our team fly up to see clients.”

Her advice to other entrepreneurs looking to expand their African businesses is to do so gradually in the beginning.

“Don’t let your vision run away from your budget… You can have as many goals as you like but if you don’t have the finances to cover the basics, your business will fail. Your bread and butter has to be secured [first] to cast your eye on the jam and the marmalade.”

According to Orrill, it is important for companies to understand that in Africa the feature phone is predominately used, although smartphone usage is growing with Chinese manufacturers introducing cheaper devices into a number of markets.

However, for companies looking to target African consumers using mobile phones, the type of campaign they follow depends heavily on the product.

“If you are selling Starbucks coffees then probably that is only a particular LSM (Living Standards Measure) that you are looking at [marketing to]. So then maybe an app [on a smartphone] does work. But for Coca-Cola… for companies that want a broad reach and wish to bring their marketing message and their product to as many people as possible, you actually need to use a less sophisticated means of technology… [such as] SMSes and simple Wap sites, which is a very basic mobile site that you can access on a phone.”

She added that companies also need to understand the benefit of using mobile phones to target the African consumer. Unlike print or television advertising, mobile phones allow consumers to immediately respond to and interact with marketers.

“Traditionally advertising talks at you and whether you fill in a coupon or send in a postcard, that is still a delayed reaction… but who doesn’t have their cellphone on them?”

For this reason Orrill said a mobile marketing campaign in Africa should adopt three simple strategies. The first is an offer of a reward or prize, whether it is a free ringtone or airtime. Consumers want to know what they have to do, and what they will get in return for doing it, she explained.

“People have come to expect some kind of reward in a mobile marketing campaign. They don’t expect it in something they see on the web or something that they would read or see on TV. But in mobile they always [look for] the prize.”

The second rule is that consumers seek instant gratification. “So you can’t promise them an award further down the line,” explained Orrill. “They need to see as soon as possible whether they have won something or not. That is just a general expectation with mobile.”

The third element that needs to be implemented in a marketing campaign is to offer consumers information.

“The hunger for information in Africa is huge… and access to information by mobile is a key driver. People want the serious stuff like education, religious messages, access to self improvement courses or training courses. And then there is also the entertainment and lifestyle information: the gossip, the horoscopes, the message from the sangoma, and the lighter side,” she continued.

“If you get those three elements right then you have found the holy grail [of mobile marketing] which is actual customer engagement.”