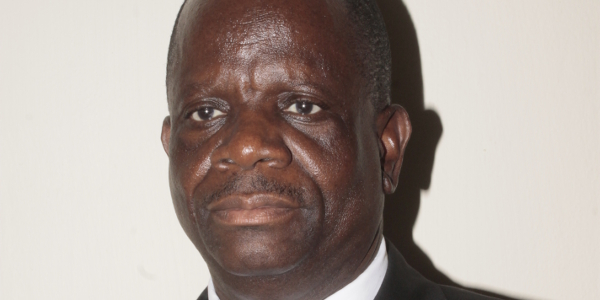 Mike Mlombwa is a Malawian businessman and a billionaire in the country’s local currency. He owns Countrywide Car Hire, a vehicle rental and chauffeuring service operating in major cities, airports and hotels across Malawi. He has also recently ventured into the hospitality business with the construction of hotels. Today he is considered one of the country’s business success stories and has given talks globally.

But Mlombwa’s story began in poverty – a fact he hopes will be a source of inspiration for others. He grew up in the southern border district of Mwanza and lived with various families who were able to pay for his primary education in exchange for odd jobs.

“My mom was very poor… So, in the village, I grew up with several people who paid my school fees,” he recalled.

“In the afternoon I would come back from school to work in gardens or look after cattle or whatever.”

But, after completing his primary schooling, he was unable to find anyone in his district that would fund his high school education. And so Mlombwa made a 60km journey – on foot – to the commercial capital Blantyre. With no income or place to live, he visited churches looking for assistance and eventually found part-time employment that allowed him to complete his secondary schooling.

“One family took me in as a servant. I was working… but I was going to school where I did my Form 1-4.”

Mlombwa then started selling stationary and used his earnings to buy a second-hand car so he could travel across borders to buy stock from wholesalers in Mozambique, Zambia and South Africa. He then managed to acquire a second vehicle, and then a third.

“But the business became flooded [by competitors], especially from India…  So I sat down and thought: ‘What should I do?’

“Then the idea of opening a car hire company came into my mind.”

In 1997, at age 28, he began his service with three second-hand cars. “And little by little I started increasing my fleet. In 2005 I had about seven vehicles. Then in 2007 I had 15, but three quarters were second-hand vehicles. This is when I asked my friend to assist me with making my company a limited company.”

But it wasn’t long before he needed a loan to expand further and increase his fleet for a government tender for airport services. He approached banks, but with no luck.

“I didn’t have a very good education like a degree, so it wasn’t easy,” he explained. “I struggled… The banks were not giving me an opportunity.”

To expand his fleet and service, Mlombwa struck a deal with various car owners to use their vehicles for a 20% commission. “And that was how [my business] took off. I make very good money.”

He used the profits to buy new vehicles and, once his business started blossoming, was able to receive a bank loan. “When they saw I was doing fine, banks came to me and said: ‘Okay, we can assist you now’,” highlighted Mlombwa.

Today his company owns a fleet of 80 vehicles and can be found at airports and hotels across the country.

But Mlombwa believes there is still considerable room for his service to grow and is now seeking investment to double his fleet. He is also constructing a number of hotels, under the Countrywide brand, which are expected to be completed by December.

Proud of where he came from

“I came from a very poor family. When I say poor, I mean the poorest family. That is where I came from. Today sometimes I have to ask if I am dead in heaven or still alive, because I can’t believe that God has sent me here – that I have got a name in the world, in Africa.”

While Mlombwa had always wanted the opportunity to pursue a degree in university, he has no regrets.

“I am happy to face challenges and I am happy I became an entrepreneur. And to be honest, I don’t see it as a regret that I did not finish my schooling, because now I can employ people with master’s degrees or whatever. They are assisting me here and there.”

He noted it is not easy to start a small business in Malawi and compete with large international players. Access to finance and information also remain key hurdles for SMEs, and Mlombwa said the high interest rates on loans can cripple a business. To help combat some of these challenges, he started the Indigenous Business Association of Malawi (IBAM) to support local entrepreneurs with identifying opportunities and growing their ventures.

According to Mlombwa, a major reason many young entrepreneurs fail in Malawi, and across Africa, is because they are impatient and want to achieve success too quickly.

“They rush. When they see their business is doing fine in the first year, they want to start living a luxury life. They want to drive a Porsche; they want a certain life.”

He advises others to start small and grow strong, sustainable businesses over time.

“Younger people are always in a hurry to do things. They want to become billionaires in two years, but in another two years, they collapse,” he continued.

“That is why I always advise business people that only time allows you to [get there]… Time is going to allow you.”