Fast-food chain Burger King last week said that it will enter the South African market. The company responsible for bringing Burger King to South Africa is Grand Parade Investments (GPI), a Johannesburg Stock Exchange listed firm that makes its money from casinos, slot machines and hotels. Although the deal is still subject to regulatory approval, GPI has already announced that the first Burger King will open its doors in Cape Town by mid-2013. 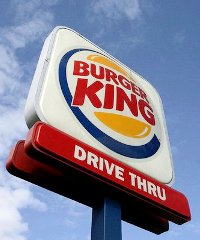 South Africa’s first Burger King is expected to open by the middle of 2013.

The story of how Burger King came to sub-Saharan Africa started at a horse race in Dubai. Almost two years ago GPI executive chairman Hassen Adams, also a prominent figure in horse racing circles, was invited by Dubai’s ruler Sheikh Mohammed to attend a horse racing event. Adams has strong business links with the emirate.

“They do it virtually every year where they invite top business people to come and enjoy the World Cup horse racing event. I’m an avid horse racing guy. I have lots of horses and have won big races in South Africa,” Adams told How we made it in Africa.

This is where well-known German businessman Andreas Jacobs suggested to Adams the idea of bringing Burger King to South Africa. “Burger King was for me one of the best burgers that I’ve ever had, having travelled internationally. My favourite experience of Burger King is the very famous Leicester Square in London – there is a beautiful Burger King on the square there,” Adams said.

Jacobs then put Adams in touch with Burger King’s people. This kicked-off an 18 month negotiation process that eventually led to last week’s announcement.

Competing in an already competitive market

Adams is no stranger to the food industry. In South Africa he has been involved with restaurants such as Cape Town Fish Market and Leonardos. But why partner with Burger King as opposed to starting a new hamburger fast-food brand from scratch? Adams said that a strong brand was needed in order to compete with established hamburger chains in South Africa such as Steers and McDonald’s.

“If you start a new product, and you are going to be charging the same price as McDonald’s or Steers, you’ve got no chance. Brand power is what drives the world nowadays. I’ve been inundated with thousands of emails and SMSs from people who are excited about Burger King … It is a great brand … that is why I wanted to do it this way … Rather go with people who know how to do it, or know how to do it best. Anybody can make a burger, there is nothing special about a burger, it’s the way the product has been developed and marketed throughout the world as being one of the best, if not the best,” he explained.

Adams also plans to plug Burger King into GPI’s existing slot machine business. The company owns over 450 slot machine outlets, which are essentially dedicated gambling areas in existing pubs. GPI will establish ‘hole-in-the-wall’ Burger Kings at these outlets. “If you remember, McDonald’s, when they came into the country, they wanted stand-alone McDonald’s sites – and they went horribly wrong … South Africans are strange animals, they still need to grow into the American concept of driving out to a fast-food outlet. We want to take Burger King to the people coming to us … We will have ‘hole-in-the-wall’ Burger Kings at most of our slots outlets. It just adds value to the slots outlets, and of course it gives us a huge entry in the market through our slots outlets,” said Adams.

Over the past years, many South African restaurant chains have expanded north of the country’s borders. Adams noted this is definitely on the cards for Burger King. “We’ve won the rights for sub-Saharan Africa. So quite frankly, our footprint will go beyond [South Africa’s] boundaries.”

Despite Burger King’s ambitions in South Africa, the brand is likely to face stiff competition in a highly competitive market. Adams, however, doesn’t seem too fazed by the more established players. “I don’t look at … other players, they must look at us as the new competition, it is as simple as that. There had been an 18% increase in the fast-food market last year, which means there is enormous growth and potential in this market … I don’t want to look at Steers, McDonald’s and Kentucky. There is a place in the sun for everybody …”