At a time of general optimism around Africa’s economic prospects, it is important not to get carried away by the euphoria and to remember that some countries on the continent still have many challenges to contend with. 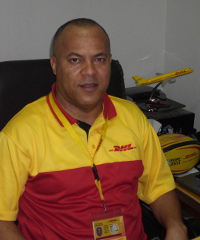 One of these countries is the West African nation of Guinea-Bissau. Instability over the past years has had a negative effect on the economy.

Frequent coups, a civil war and general unrest over the past decades have prevented the country from establishing effective economic and legal conditions to boost the private sector.

Despite the difficulties, Gilbert Gomis, manager of logistics company DHL in Guinea-Bissau, says there are many companies that manage to do good business in the country. International brands operating in the country include mobile operators MTN and Orange, beverage giant Coca-Cola and pan-African banking group Ecobank. The country’s relatively small population of less than 2m however, means that the market is limited for consumer focused companies.

Agriculture is the most important sector of Guinea-Bissau’s economy, with cashew nuts and fish being important products. The majority of the people rely on subsistence agriculture.

The former Portuguese colony is also rich in a variety of mineral resources such as phosphate and bauxite. Most of these resources remain unexploited due to a lack of infrastructure. Several offshore oil discoveries have also been made although their commercial viability remains uncertain.

Off Guinea-Bissau’s coast lie the magnificent Bijagós Islands, an archipelago of about 20 tropical islands. Although there are some facilities on the islands catering for tourists, their potential for eco-tourism remains largely untapped. On the island of Orango it is possible to see hippos, while others are home to turtle nesting grounds. In 2009, the New York Times called these islands a “tranquil haven in a troubled land”.

Gomis says business people looking to invest in Guinea-Bissau need to factor high energy costs into their business plans. Due to inefficient electricity generation, most companies depend on generators.

Gomis also advises foreign companies to ensure they have enough local representation on their management teams. This will help companies navigate the local environment. Finding skilled human resources might however, prove challenging due to poor education; many skilled Bissau-Guineans currently live abroad. For this reason it is important that companies put good training programmes in place.

There is often a strong link between business and politics in many African economies. However, Gomis advises against forming business connections with politically-linked individuals. In an earlier article for How we made it in Africa, Mitchell Mackay, a senior analyst for Pasco Risk Management, wrote that choosing a politically exposed business partner can backfire in the event that the business relationship sours or as a result of changes in government and circles of political influence.

While Guinea-Bissau clearly has its work cut out, the African Economic Outlook report notes that the country has made progress in speeding up the business registration process and stimulating investment in the mining industry. Much more of these reforms are however needed for the country to realise its full potential.